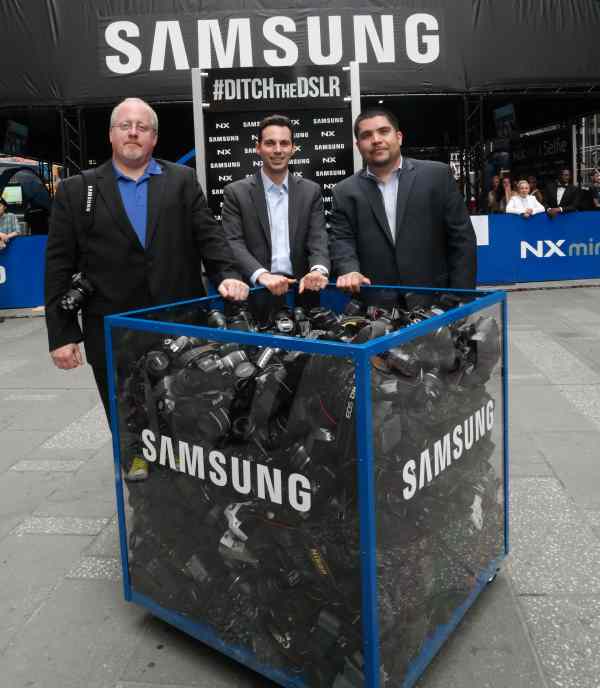 Samsung’s #DITCHtheDSLR event appears to have largely been a success with young and old camera enthusiasts lining up and then discarding their DSLRs into the “Ditch Bin.”

Those of us who have had an opportunity to use Samsung’s mirrorless cameras know that they are more than a match for DSLRs, but consumers seemed to remain cautious to adopt the Samsung camera brand. The #DITCHtheDSLR event gave many a reason to finally get rid of their large and cumbersome traditional-mirrored DSLRs and switch to a top-of-the-line mirrorless interchangeable lens camera.

More Than 10,000 Consumers Experienced the Event, Many Pledging to #DITCHtheDSLR in Favor of Samsung’s NX Mirrorless Camera Line-Up

Today Samsung ushered in a new era of photography at the #DITCHtheDSLR event in Times Square. Consumers joined Samsung to experience the full NX line, learn more about the future of digital photography, and pledge to #DITCHtheDSLR. Photo enthusiasts, who stood in line, were able to trade in their old DSLR in favor of one of Samsung’s new NX30 mirrorless cameras.

The first consumers to #DITCHtheDSLR lined up at 10 a.m. on June 3 – a full 24 hours before the event began!

During the large-scale Times Square activation, which took over the 42nd/43rd Street promenade, consumers enjoyed an interactive experience showcasing the NX camera line and the benefits of a mirrorless system. Consumers were able to capture vivid, high-quality images with the NX300 as slot cars raced around a track, recreate the celebrity-studded most re-tweeted image of all time with Samsung’s NX Mini and take in stunning images of the Times Square vista atop the Skydeck.

Adding further personalization to the event, consumers could see themselves on the Times Square billboard, with real-time imagery cycling through one of Manhattan’s busiest thoroughfares. 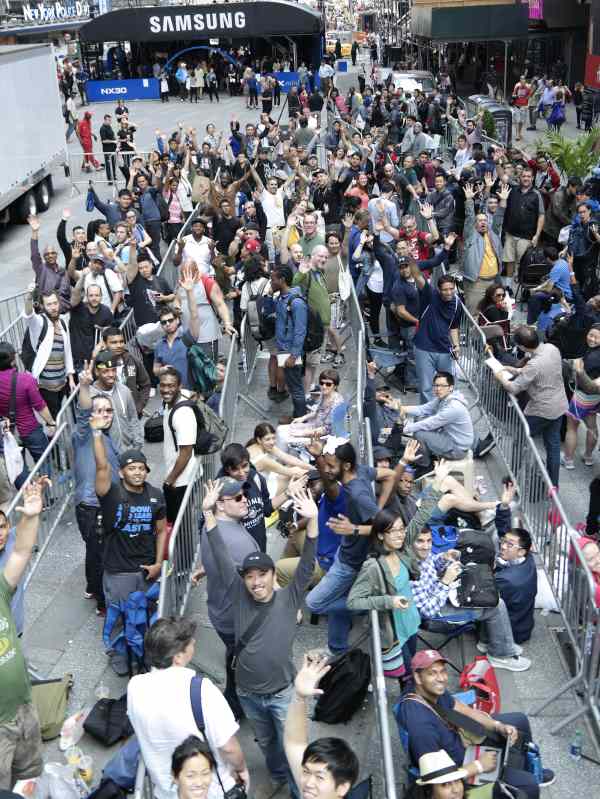