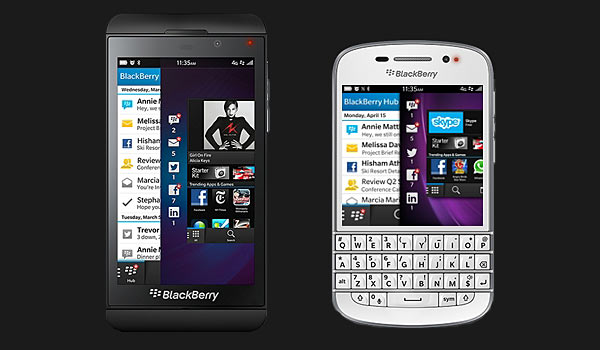 With the increasing rise of hacked celebrity phones and photos leaked to the highest bidder, perhaps consumers will take heart that there is at least one mobile phone network that takes personal security seriously. Blackberry, the maker of the Z10 and Q10 smartphones, has always been known for its secure mobile networks and it is therefore not surprising that it is the first Mobile Device Management provider to be allowed to operate on the U.S. Department of Defense networks.

Receiving the ATO is a critical step forward in the security certification process. The approval demonstrates that BlackBerry 10 smartphones meet DoD’s most stringent security requirements. BlackBerry 10 smartphones will enable DoD personnel to have the ability to securely connect to networks and access assets from work. The BlackBerry mobile infrastructure provides a highly responsive, intelligent and intuitive mobile computing experience while ensuring the personal and the corporate information on a user’s phone are kept separate and safe.

About BlackBerry
A global leader in wireless innovation, BlackBerry® revolutionized the mobile industry when it was introduced in 1999. Today, BlackBerry aims to inspire the success of our millions of customers around the world by continuously pushing the boundaries of mobile experiences. Founded in 1984 and based in Waterloo, Ontario, BlackBerry operates offices in North America, Europe, Asia Pacific and Latin America. BlackBerry is listed on the NASDAQ Stock Market (NASDAQ: BBRY) and the Toronto Stock Exchange (TSX: BB). For more information, visit www.blackberry.com