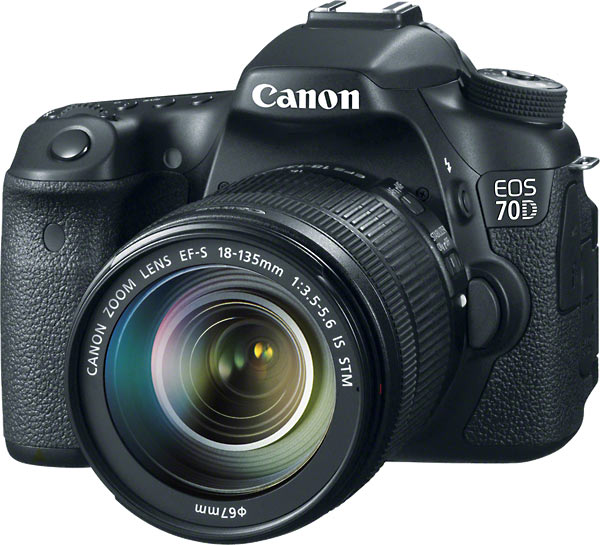 Canon’s newly-developed Dual Pixel CMOS AF, a phase-detection autofocus (AF) technology on the camera’s image sensor plane, enables users to shoot video with the new EOS 70D close to the quality of a video shot with a camcorder. Dual Pixel CMOS AF employs a revolutionary CMOS sensor on which all of the effective pixels are able to perform both still imaging and phase-detection AF simultaneously to achieve dramatically improved AF performance over other EOS cameras during Live View shooting and when shooting video.

Compared with Canon’s conventional Live View AF systems, Dual Pixel CMOS AF realizes shorter focusing times, exceptional tracking performance and smoother autofocusing during video shooting. And, because Live View shooting can be used in a manner similar to using the camera’s viewfinder, the fast and smooth AF performance allows users to concentrate more attention on the subject and composing the photo when shooting. Dual Pixel CMOS AF also supports 1031 models of EF lenses (including many earlier models), enhancing a photographer’s creative options as well as maximizing the benefit of Dual Pixel CMOS AF in a variety of situations. 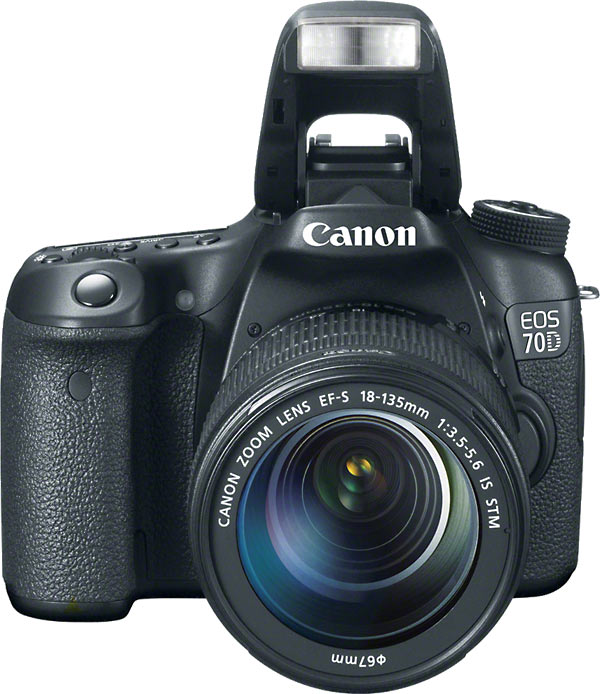 Wireless Connectivity
The EOS 70D Digital SLR camera’s built-in wireless transmitter offers users several connectivity options to easily share their images. With the download of the free EOS Remote app2 from the Apple App Store or the Google Play store, users can connect to both iOS® or Android™ smartphones and tablets3 to wirelessly transfer photos and videos from their camera to their device. They can also control aperture, shutter speed, and ISO from their smartphone. This camera also has the ability to connect directly to Canon’s iMAGE GATEWAY4, making photos easily accessible and ready to share on social networking sites. In addition, the EOS 70D has the ability to connect wirelessly to computers, DLNA devices, Wi-Fi Certified® Canon cameras and wireless PictBridge5 compatible printers, such as the PIXMA MG6320 Wireless Photo All-In-One printer model. 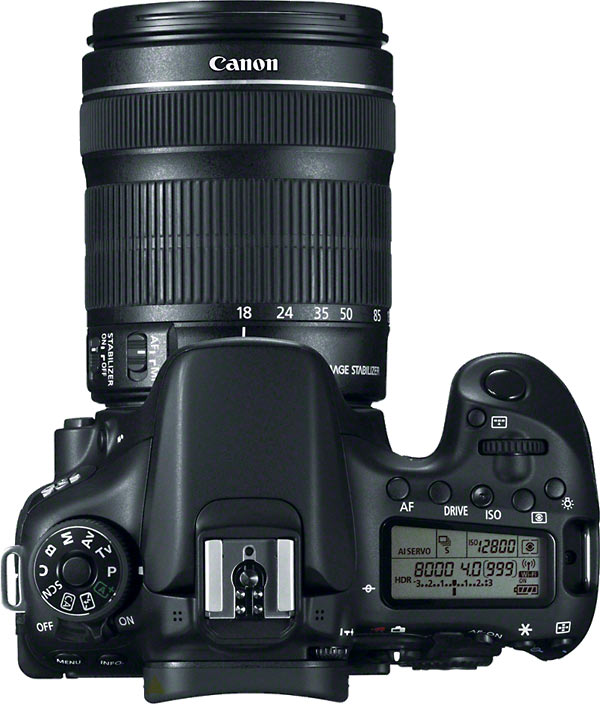 Enhanced EOS Full HD Movie Mode for Professional Quality Video
With Canon’s new Dual Pixel CMOS AF system and Movie Servo AF, the camera provides continuous phase-detection AF during video recording for quick and accurate focus tracking of moving subjects in the central 80 percent of the imaging area. While shooting with any of Canon’s Stepping Motor (STM) lenses, such as the new EF-S 18-55mm f/3.5-5.6 IS STM lens, motor noise from the lens is significantly reduced so the camera will only capture the stereo sound of the scene being recorded. For added flexibility, the EOS 70D Digital SLR camera also features a built-in stereo microphone with manual audio level adjustment and an attenuator function to reduce audio clipping, an accessory jack for external stereo microphones and Video Snapshot mode with editing for expanded video shooting options. When users select the EOS Movie Mode, the EOS 70D offers the ability to shoot in 1080p Full HD video up to 30 fps in either ALL-I or IPB codecs with optional embedded time code, matching the flexibility of other current EOS cameras such as the EOS-1D X, EOS 5D Mark III, and EOS 6D models.

When any one of the seven Creative Filters is applied in Live View, users can preview the effect of the filter on the three-inch Vari-Angle Touch Screen monitor without having to shoot the image first. Users can pick from effects such as Art Bold, Fish-eye, Water-painting, Grainy Black and White, Soft Focus, Toy Camera and Miniature and choose the one that best expresses their creative vision before or after the image is captured.

All of these features, when combined with a high-resolution Vari-angle Touch Screen 3.0-inch Clear View LCD monitor II with intuitive touch controls featuring multi-touch operation and Touch AF, make it the ideal camera choice for photographers looking for the best in imaging technology. 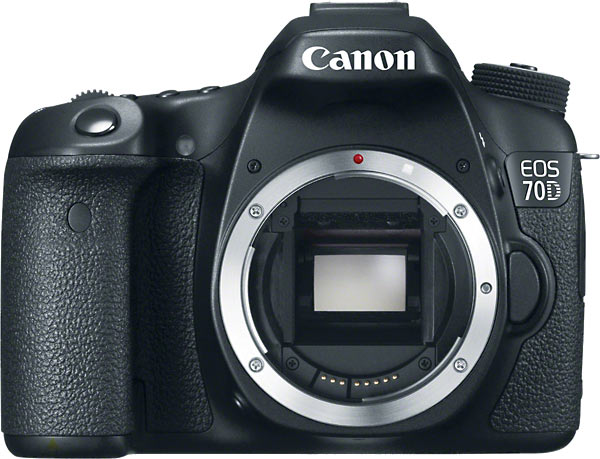 The EOS 70D is compatible with the full line of Canon EF and EF-S lenses as well as SD/SDHC/SDXC memory cards, including Ultra High Speed (UHS-1) cards.

About Canon U.S.A., Inc.
Canon U.S.A., Inc., is a leading provider of consumer, business-to-business, and industrial digital imaging solutions. With approximately $40 billion in global revenue, its parent company, Canon Inc. (NYSE:CAJ), ranks third overall in U.S. patents registered in 2012† and is one of Fortune Magazine’s World’s Most Admired Companies in 2013. In 2012, Canon U.S.A. has received the PCMag.com Readers’ Choice Award for Service and Reliability in the digital camera and printer categories for the ninth consecutive year, and for camcorders for the past two years. Canon U.S.A. is committed to the highest level of customer satisfaction and loyalty, providing 100 percent U.S.-based consumer service and support for all of the products it distributes. Canon U.S.A. is dedicated to its Kyosei philosophy of social and environmental responsibility. To keep apprised of the latest news from Canon U.S.A., sign up for the Company’s RSS news feed by visiting www.usa.canon.com/rss and follow us on Twitter @CanonUSA.