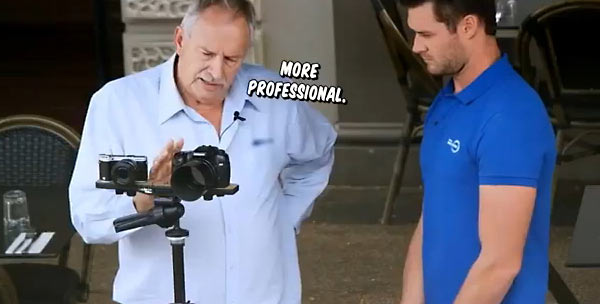 Which is better: a traditional mirrored DSLR or one of the newer mirrorless version? Common sense dictates that since we can now see exactly what the image sensor is capturing, the use of a mirror is therefore redundant. Why, then, do DSLR manufacturers persist in making traditional-mirrored DSLRs?

With Canon’s introduction of its new Dual Pixel CMOS AF system that finally allows its DSLR to catch up to mirrorless in Live View AF speed and provide “instant and precise focusing of video as well as still images,” be ready for Canon entering the mirrorless market in a big way soon.

Note that, unlike a hybrid AF system that uses phase-detect AF pixels to quickly perform an approximate focus then fine-tune with contrast-detection AF, Canon’s Dual Pixel CMOS AF system is precise and fast enough that contrast-detect AF is not necessary, thus eliminating the need for the lens to “hunt” for focus. Always-on AF during movie recording should theoretically be smoother.

As to answering the question above, watch the following video for the hilarious answer: