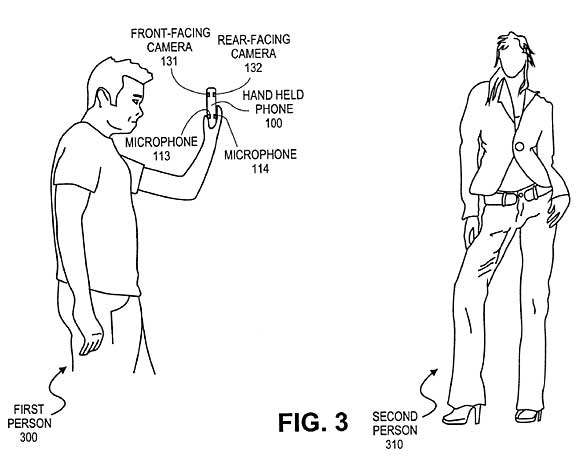 So, just what does multiplexed video chat means? In Apple’s patent, an iPhone with two video cameras (one facing forward and one backward) can film two people having a chat and which video stream gets displayed on the screen will depend on who is talking at the moment. A couple of methods are proposed to detect who is talking: direction of sound and lip movement. The whole exchange can be saved to be replayed later.

Wonder what happens if both parties talk at the same time? Maybe whoever talks louder win?