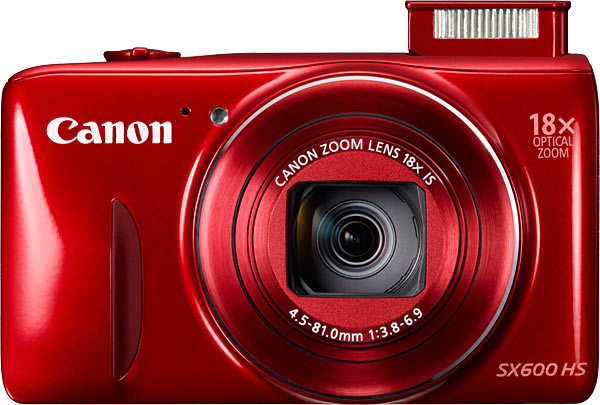 “These new PowerShot cameras enhance consumers’ enjoyment of photography through the unique combination of high-image quality, long-zoom ranges, ease-of-use and connectivity,” said Yuichi Ishizuka, executive vice president and general manager, Imaging Technologies & Communications Group, Canon U.S.A., Inc. “The advanced technologies these new models offer give users the cameras they need to have a photographic experience that allows them to capture high-quality images while on-the-go and share them with their loved ones.”

The Wi-Fi® connectivity options in the PowerShot SX600 HS and the PowerShot ELPH 340 HS cameras allow users to easily share beautiful images online with family and friends. Using the Mobile Device Connect Button, users can connect to a compatible smartphone, a compatible tablet or a computer. Connection to the computer is easily done using Canon’s Image Sync through the cloud. For the first time in Canon’s line-up, both cameras have the convenient connectivity of NFC offered on Android™ devices. With NFC, users press the Mobile Device Connect Button and tap their NFC-enabled Android device to the SX600 HS or ELPH 340 HS camera to send images from the camera to their compatible smartphone with ease. For even more convenience, photographers can control the camera remotely via the free Canon Camera Window app1 from virtually anywhere with their iOS® or Android device2. After composing the image, the photographer controls the shutter from their compatible smartphone, so that the photographer can be included in the shot.

The cameras can also capture great video, recording high-quality 1080p Full HD video through a dedicated movie button. The Hybrid AUTO mode allows you to record up-to four seconds of video every time you shoot a still image, and then automatically joins the clips and pictures into a video that captures the essence of a vacation, an important event, or any time you are shooting many shots in a day. Hybrid Auto automatically recognizes the scene and optimizes camera settings to capture the highest possible image quality creating a great looking highlight reel in a 720p HD video.

The PowerShot SX600 HS digital camera is expected to be available at the end of February 2014 in red, white or black for an estimated retail price of $249.99. 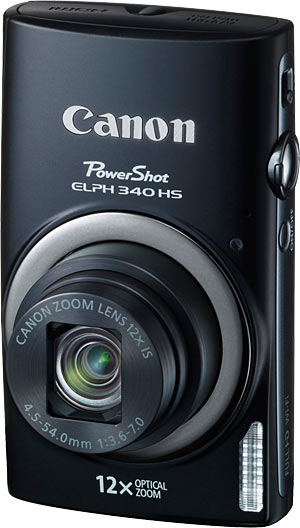 The PowerShot ELPH 340 HS is expected to be available in March 2014 in purple, silver or black for an estimated retail price of $199.99.

About Canon U.S.A., Inc.
Canon U.S.A., Inc., is a leading provider of consumer, business-to-business, and industrial digital imaging solutions. With approximately $40 billion in global revenue, its parent company, Canon Inc. (NYSE:CAJ), ranks third overall in U.S. patents registered in 2012† and is one of Fortune Magazine’s World’s Most Admired Companies in 2013. In 2013, Canon U.S.A. has received the PCMag.com Readers’ Choice Award for Service and Reliability in the digital camera and printer categories for the tenth consecutive year, and for camcorders for the past three years. Canon U.S.A. is committed to the highest level of customer satisfaction and loyalty, providing 100 percent U.S.-based consumer service and support for all of the products it distributes. Canon U.S.A. is dedicated to its Kyosei philosophy of social and environmental responsibility. To keep apprised of the latest news from Canon U.S.A., sign up for the Company’s RSS news feed by visiting www.usa.canon.com/rss and follow us on Twitter @CanonUSA.