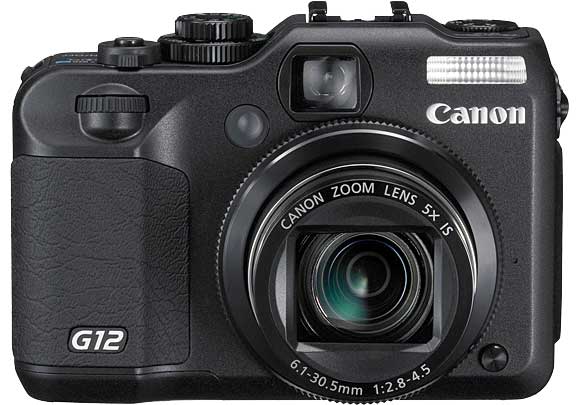 MISSISSAUGA, ON., September 14, 2010 – Canon Canada Inc., a leader in digital imaging, today announced the addition of the new PowerShot G12 and PowerShot SX30 IS Digital cameras with innovative features to help photo enthusiasts further develop their photographic capabilities. Once again setting the trend in the consumer digital camera market and solidifying its spot atop the PowerShot lineup, the PowerShot G12 will have High Definition (HD) video capture capabilities along with the HS (High Sensitivity) SYSTEM helping to produce outstanding quality in the toughest low-light conditions. The PowerShot SX30 IS Digital camera is the world’s first point-and-shoot model to feature a 35X-Wide Angle Optical Zoom lens with Optical Image Stabilization, making those long distance shots that much easier to capture and then share with friends and family.1 Consumers have grown accustomed to PowerShot cameras providing brilliant image quality while also offering the latest technological upgrades. The addition of these new cameras helps solidify Canon’s position as the leader in the digital camera marketplace.

Canon’s HS SYSTEM
Since its inception, the Canon PowerShot G-series has differentiated itself from competing models with its ability to produce high-quality results. The PowerShot G12 lives up to this tradition with its wealth of features including the Canon HS SYSTEM which provides clear, exceptional images in low-light settings such as a sunset on the mountainside while on a camping trip. Canon’s DIGIC 4 Image Processor combined with the PowerShot G12’s 10-Megapixel High Sensitivity CCD sensor, make up Canon’s HS SYSTEM to enhance image quality and help reduce noise at high ISO levels. One of the many challenges photographers face shooting in the field is whether or not there will be sufficient light to capture that once in a lifetime shot. The HS SYSTEM helps deliver brilliant, sharp images without the use of the flash which can be shared for years to come. 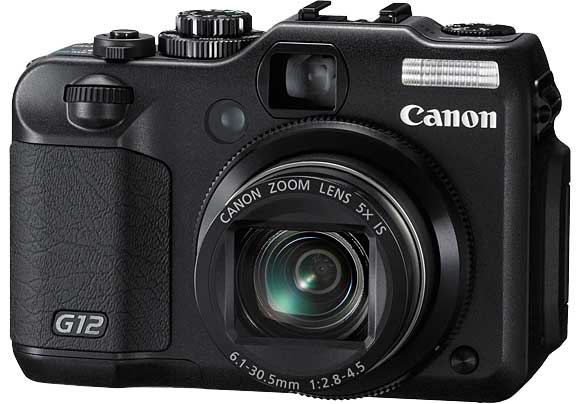 Experience Life Through HD
With the PowerShot G12, the bar has been set higher yet again being the first PowerShot G-series model ever to record 720p HD video. Photographers will now not only get to experience the incredible quality of still images but also explore the world of HD video to relive those unforgettable moments time and time again. The new PowerShot SX30 IS also has 720p HD video capabilities and when used in combination with the new 35X-Wide Angle Optical Zoom lens will help secure memorable scenes from a child’s baseball game with extraordinary resolution, colour and clarity. Both cameras also feature playback of audio in stereo sound in addition to the new Miniature Effect for movies mode, further adding to the flexibility when capturing memorable moments.

“Whether on vacation with the family or on assignment for work, consumers are always looking for the best way to capture that memorable moment,” said Ian Macfarlane, Vice President of the Consumer Imaging Group at Canon Canada Inc., a wholly owned subsidiary of Canon U.S.A., Inc. “The addition of these new cameras illustrates Canon’s commitment to providing them with greater shooting flexibility while preserving Canon’s heritage as an industry leader in not only still photography but the world of HD video as well.”

PowerShot G12 Digital Camera
As the feature set of the PowerShot G-series has evolved, the one mainstay has been the camera’s ability to provide complete creative control to the photographer. Keeping with tradition, the PowerShot G12 offers a full range of shooting and recording modes with new, exciting features such as High Dynamic Range (HDR) scene mode. Offering added flexibility to photographers, this scene mode allows for multiple shots to be combined into one image helping to capture the full magnitude of a scene that consists of very dark tones and bright highlights producing greater image details. With the use of a tripod, one push of the shutter button yields three sequential images with various exposures, and then combines them into a single optimized image. A feature such as this typically requires outside software, however, this process can be completed within the camera thus helping to eliminate one critical step in the creation and editing process. Another valuable addition to this new model is Canon’s Hybrid IS technology that compensates for angular and shift camera shake, helping to create a near perfect image. 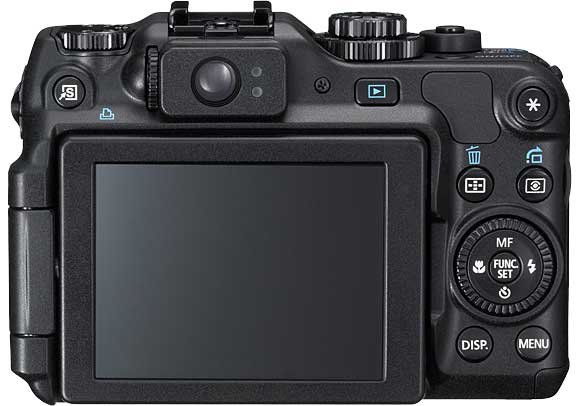 The Canon PowerShot G12 has a large, bright 7.1-centimetre (2.8-inch) vari-angle LCD with 461,000 dots of resolution providing photographers with additional creative control whether holding the camera overhead or low to the ground. A new control dial has been added to the front of the camera as well for easy adjusting of camera settings similar to how users operate a Canon Digital SLR camera. Further adding to the overall appeal of the new Canon PowerShot G12 is a 5X-Optical Zoom lens with Optical Image Stabilization and its wide-angle capabilities starting at 28mm, which will help when trying to get a sweeping landscape into one image. When using compatible optional accessories such as Speedlite flashes, an underwater housing and a tele-converter lens the photographic possibilities for users of this new camera are almost endless.

The estimated selling price of the PowerShot G12 is CAD $569.99 and will be available in October.* 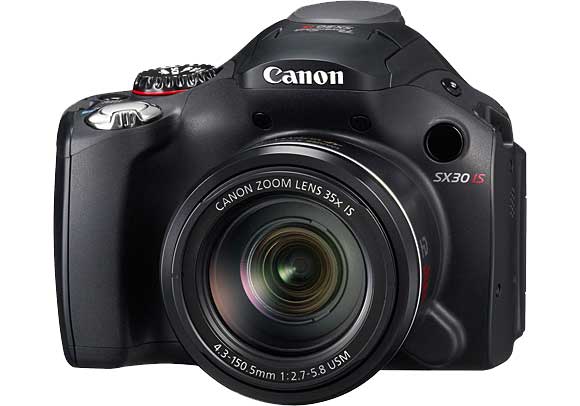 PowerShot SX30 IS Digital Camera
The Canon PowerShot SX30 IS Digital camera is the perfect companion for photo enthusiasts capturing memorable images or videos at sporting events or special occasions. The addition of the new super telephoto lens, which ranges from an ultra-wide 24mm to a maximum length of 840mm, will offer unrivaled results while opening up a whole new realm of possibilities for users along the photographic journey. Helping to make this journey that much easier is a new Zoom Framing Assist button to aid in the tracking and capturing of subjects from a great distance away while keeping the lens in focus. At extreme telephoto settings, holding a camera unsteady can cause the user to lose track of the subject and make it difficult to find the subject. The Zoom Framing Assist button allows the user to zoom out, find the subject and then zoom back in. 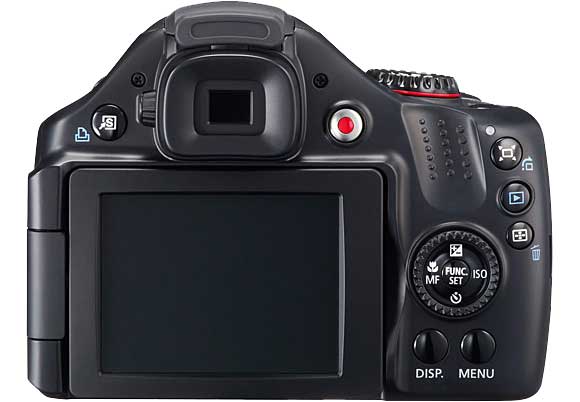 Canon PowerShot SX30 IS Back View

The PowerShot SX30 IS has a 14.1-Megapixel sensor, DIGIC 4 image processor and a large, 6.9-centimetre (2.7-inch) wide vari-angle LCD for easy viewing of images along with added flexibility when trying to compose overhead or low to the ground images. In addition, the PowerShot SX30 IS for the first time will use a Lithium ion rechargeable battery rather than the standard AA batteries found on previous models, making powering up the camera much easier.

The estimated selling price of the PowerShot SX30 IS is CAD $479.99 and will be available in late September.*

About Canon Canada Inc.
Headquartered in Mississauga, Ontario, the company employs 1,200 people at its offices nation-wide, servicing the Canadian market from coast to coast. Innovation and cutting-edge technology have been essential ingredients in Canon’s success. Canon’s leadership in imaging, optical and document management technology and solutions is based in large part on the thousands of patents the company has secured throughout its history. Canon Inc. is among the top three US patent recipients.