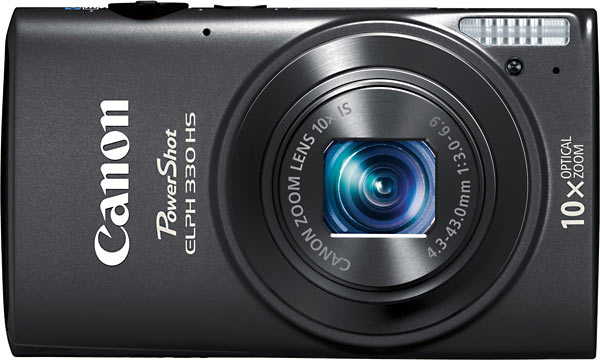 “With the introduction of these sleek, new models to our family of PowerShot digital cameras, we are able to provide our customers with a range of imaging options including more models with wireless connectivity to upload and share their amazing creative images,” said Yuichi Ishizuka, executive vice president and general manager, Imaging Technologies and Communications Group, Canon U.S.A. 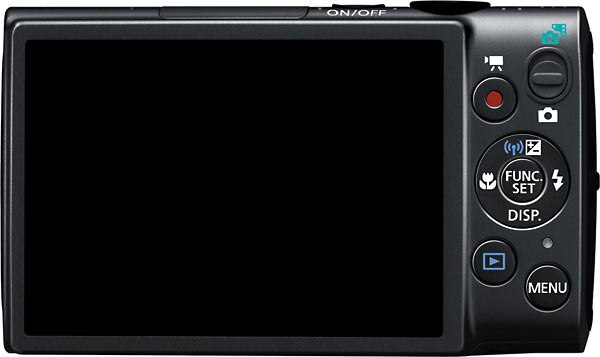 PowerShot ELPH 330 HS Digital Camera
Photography today is as much about image quality as it is about sharing, whether through prints or online communities. With this in mind, the PowerShot ELPH 330 HS digital camera builds upon the success of the PowerShot line with built-in advanced wireless capabilities to easily share high-quality images captured with an impressive 10x optical zoom lens and 12.1-megapixel High-Sensitivity CMOS image sensor. After an initial one-time set-up, the camera can connect to both iOS® or Android™ smartphones and tabletsi for quick and easy sharing. Users launch Canon’s free CameraWindow applicationii, available on both the iOS® and Android™ operating systemsi, to wirelessly transfer photos and videos from the camera to their device. Frequently used devices and accounts are conveniently stored in the camera’s wireless history menu for quick one-touch access.

With these enhanced wireless capabilities, users now have the ability to comment on their uploaded photos directly from the camera – so being part of conversations taking place on social networking sites is easy and convenient. In addition, individuals can control the destination of Facebook uploads – choosing to share content with everyone, or post photos only to selected Facebook groups. Users can also instantly upload images wirelessly from the camera to Canon iMAGE GATEWAYiii, and automatically upload them to a computer remotely. Photos can also be printed wirelessly using Wireless PictBridgeiv on select Canon wireless inkjet printers, including the new PIXMA MG6320 Photo All-In-One printer, so special moments can be preserved and cherished.

A fantastic multipurpose lens: the PowerShot ELPH 330 HS digital camera provides a 10x optical zoom lens taking images from 24mm wide, up to 240mm at the telephoto end, able to capture that group shot, or zoom in for a dynamic close-up. Great even in low light, the camera’s 12.1-megapixel High-Sensitivity CMOS image sensor and DIGIC 5 image processor combine and deliver on Canon’s HS SYSTEM helping ensure detail is captured even in dark or shadowed areas at a maximum ISO speed of up to 6400. For capturing memorable moments on video, at the touch of a dedicated movie-record button, the PowerShot ELPH 330 HS digital camera shoots beautiful 1080p Full HD video and includes a built-in stereo microphone for great sound. Helping document vacations with your own personal highlight reel, the camera’s new Hybrid AUTO mode utilizes a combination of Smart AUTO and Intelligent IS to create a beautiful and steady HD video clip (up to approximately 4 seconds) in Movie Digest mode every time you shoot a still image. Helping ensure you don’t miss those magic moments, the camera features both High Speed AF for fast focusing speed and High-Speed Burst for continuous capture at up to 6.2 frames per second while maintaining superb image quality. The combination of features, including wireless connectivity, Canon’s Intelligent IS system and ECO Mode, help make the PowerShot ELPH 330 HS digital camera a great imaging companion for vacations, all-day sporting events, or family parties.

Expected to hit store shelves in March, the PowerShot ELPH 330 HS digital camera will be available in three modern colors: black, silver and pink for an estimated retail price of $229.99. 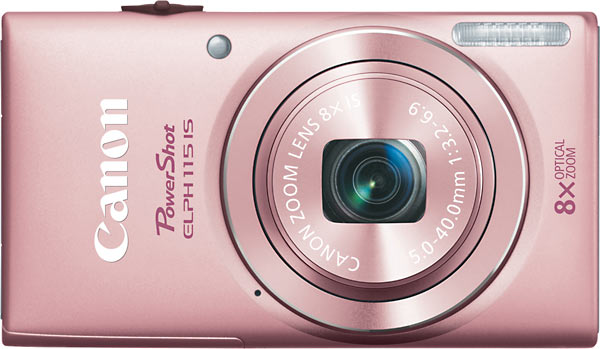 With anticipated in-store availability in March, the PowerShot ELPH 115 IS digital camera will available in four sleek colors: blue, silver, black and pink at an estimated retail price of $169.99. 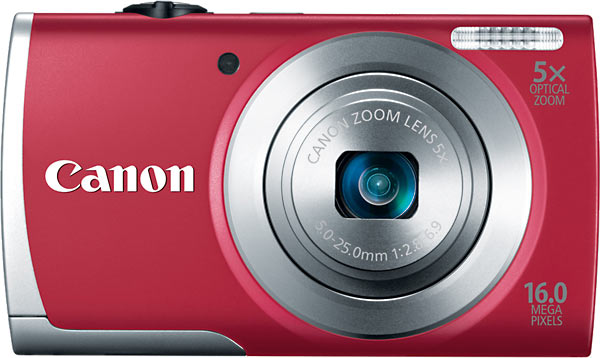 PowerShot A2500 Digital Camera
Rounding out Canon’s new PowerShot lineup is the PowerShot A2500 digital camera, which includes a 16-megapixel image sensor and DIGIC 4 Image Processor, as well as a 28mm wide-angle lens with 5x optical zoom that can extend out to 140mm at the telephoto end. The camera also features Canon’s Smart AUTO mode that analyzes each scene to intelligently select camera settings based on 32 predefined shooting scenarios to help capture stunning images with ease. The PowerShot A2500 digital camera can also capture great video, recording HD through a dedicated movie button. Helping ensure crisp images, Canon’s Digital IS reduces the effect of camera shake and subject movement. For travelers and those on the go, Canon’s new ECO Mode conserves battery life, allowing you to shoot more photos over a longer period of time. For those photographers looking to be a little more creative, the camera also features various Scene Modes such as Fisheye Effect, Toy Camera Effect and Monochrome to help provide additional creative freedom when capturing your photos. And for those just learning the art of photography, a Help Button will provide simple explanations of camera settings and functions.

Expected for sale in April, the PowerShot A2500 digital camera will be available in silver, red and black for an estimated retail price of $129.99.

About Canon U.S.A., Inc.
Canon U.S.A., Inc., is a leading provider of consumer, business-to-business, and industrial digital imaging solutions. With approximately $45.6 billion in global revenue, its parent company, Canon Inc. (NYSE:CAJ), ranks third overall in U.S. patents registered in 2011† and is one of Fortune Magazine’s World’s Most Admired Companies in 2012. In 2012, Canon U.S.A. has received the PCMag.com Readers’ Choice Award for Service and Reliability in the digital camera and printer categories for the ninth consecutive year, and for camcorders for the past two years. Canon U.S.A. is committed to the highest level of customer satisfaction and loyalty, providing 100 percent U.S.-based consumer service and support for all of the products it distributes. Canon U.S.A. is dedicated to its Kyosei philosophy of social and environmental responsibility. To keep apprised of the latest news from Canon U.S.A., sign up for the Company’s RSS news feed by visiting www.usa.canon.com/rss.