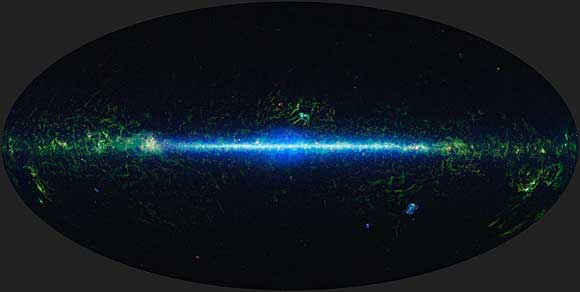 NASA used the Wide-field Infrared Survey Explorer (WISE) to catalog the entire infrared sky, showing more than a half billion stars, galaxies and other objects. WISE launched Dec. 14, 2009, and mapped the entire sky in 2010, collecting more than 2.7 million images. It took images at four infrared wavelengths of light, capturing everything from nearby asteroids to distant galaxies.

In all, more than 15 trillion bytes of data were processed and the individual WISE exposures have been combined into an atlas of more than 18,000 images covering the sky. In addition, a catalog lists the infrared properties of more than 560 million individual objects found in the images. Many of them have never been seen before.