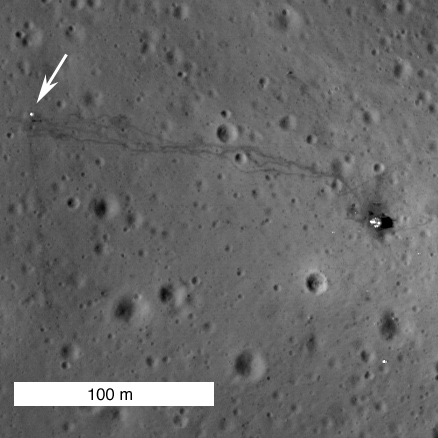 Thanks to the Lunar Reconnaissance Orbiter’s (LRO) special high resolution wide-angle camera and two narrow-angle cameras, we now have the most detailed moon shots ever taken. The narrow-angle cameras took photos of the Apollo 14 landing site which show the paths made by the astronauts during their mission.

The wide-angle camera weighs under a kilogram, has an aperture of 1.2 mm across, focal length of 6 mm, and fits in the palm of a hand.

In all, the most recent set of 1,300 B&W frames were used to create a mosaic of the near side of the moon measuring 24,000 pixels across.