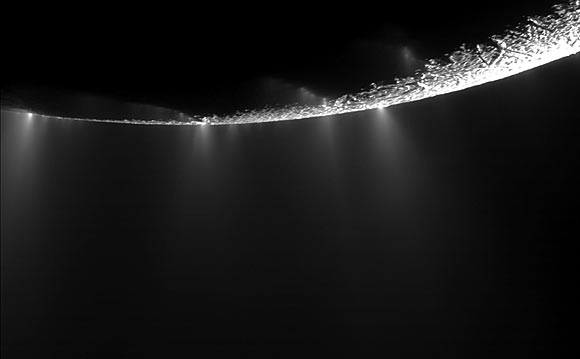 This is not one photo but a mosaic created from two high-resolution images captured by the narrow-angle camera on NASA’s Cassini spacecraft which flew past Enceladus (and through the jets) at a distance of approximately 14,000 kilometers (9,000 miles). Each pixel recorded is equivalent to 81 meters (267 feet) of the moon surface.

Read more about this photo at: NASA.