It will not come at a surprise to most photographers that a Kodak image sensor is being sent into space on spacecraft Juno bound for Jupiter. Kodak images sensors are used in many consumer digital cameras. The KODAK KAI-2020 Image Sensor in Juno is a 1600 x 1200 pixel array and will enable JunoCam to capture images of Jupiter’s cloud tops at up to 3 km per pixel, providing an unprecedented view of the planet. 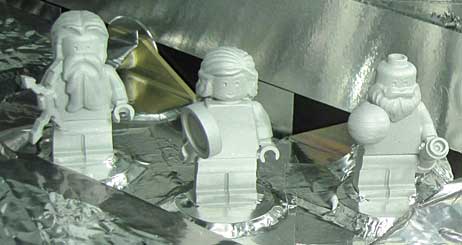 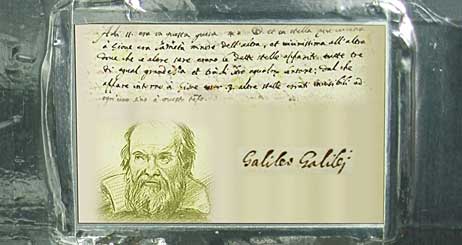 Besides the Junocam, the Juno spacecraft is also carrying the following items:

ROCHESTER, N.Y., Aug. 2 — When NASA’s Juno spacecraft is launched this week to begin its five-year voyage to the planet Jupiter, image sensor technology from Eastman Kodak Company (NYSE:EK) will be on board to help capture images of the gas giant as never before.

The KODAK KAI-2020 Image Sensor was selected by Malin Space Science Systems to serve as the “eye” of JunoCam, an instrument that will provide full color images of Jupiter as the spacecraft orbits the planet. The Juno spacecraft is designed to investigate Jupiter’s origins, interior structure, deep atmosphere and magnetosphere from an innovative, highly elliptical orbit that will come as close as 5,000 km (3,100 miles) to the planet’s cloud tops.

“Kodak has a rich history of participating in space exploration, and we are excited to see this legacy continue as part of the Juno mission,” said Chris McNiffe, General Manager of Kodak’s Image Sensor Solutions group. “The selection of KODAK Technology for use in JunoCam speaks directly to the dedication and efforts of the design and manufacturing teams that continue to make KODAK CCDs ideal for use in the demanding environment of space.”

“JunoCam is the eleventh time we have selected a Kodak CCD for a spaceflight imaging system,” said Michael Ravine, Advanced Projects Manager, Malin Space Science Systems. “Being able to draw from the many options available in Kodak’s commercial image sensor line has allowed us to tune the performance of each camera to each mission’s specific needs. And our previous cameras that use Kodak sensors have logged more than 10 years of deep space operations, clearly demonstrating their reliability for space applications.”

After its scheduled August 5th launch, the Juno spacecraft will embark on a five-year cruise to Jupiter. Once the spacecraft arrives in 2016, JunoCam will be operated as part of the mission’s public outreach program, with imaging targets for the camera selected by the public working with the Juno science team. The camera will capture images for at least seven orbits, and then continue operation as long as possible in Jupiter’s intense radiation environment. With its 1600 x 1200 pixel array, the KODAK KAI-2020 Image Sensor will enable JunoCam to capture images of Jupiter’s cloud tops at up to 3 km per pixel, providing an unprecedented view of the planet.

KODAK CCDs will also be involved in two upcoming space missions currently scheduled to launch this November. Malin Space Science Systems selected the KODAK KAI-2020 Image Sensor for use in four separate camera systems of the Mars Science Laboratory rover Curiosity, including the MastCam, the science imaging “workhorse” of the rover. Scheduled to arrive at Mars in August 2012, Curiosity will help assess whether the red planet was (or still is today) an environment able to support microbial life. In addition, the Russian spacecraft Phobos-Grunt will use KODAK KAI-1020 Image Sensors for navigation and landing site selection on its mission to land on the Mars moon Phobos, collect samples, and return them back to Earth. Phobos-Grunt is scheduled to land on Phobos in early 2013, arriving back on Earth in August 2014.

In addition to these upcoming missions, KODAK CCD Image Sensors have also been deployed in a variety of other space missions to help us better understand not only the Earth but also our neighbors in the solar system. KODAK Image Sensor technology is used today in several Earth satellites that provide high-resolution images for commercial applications such as land mapping, agriculture, and municipal planning. KODAK CCD Image Sensors allow the Lunar Reconnaissance Orbiter to provide unprecedented high-resolution images of the Moon, as well as in the Venus Monitoring Camera of Venus Express to study the atmosphere and surface of Venus. And several orbiters around Mars – including the Mars Odyssey Orbiter, the Mars Express, and the Mars Reconnaissance Orbiter – all use KODAK CCDs to provide new levels of information on the red planet.