The FUJIFILM X-T10: a stunning addition to the X series.
FUJIFILM Corporation is proud to announce the launch of the FUJIFILM X-T10, the latest premium interchangeable lens model to join the world-renowned X-series digital camera line-up. 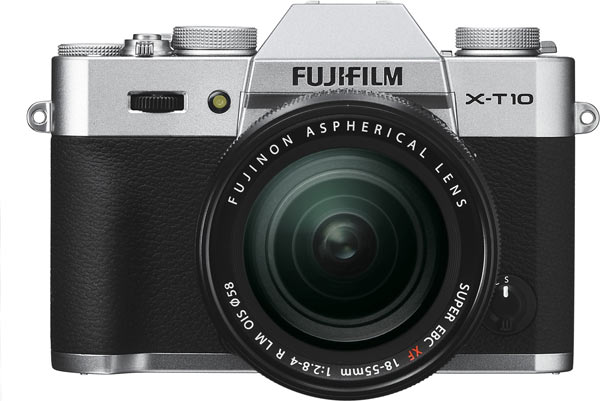 Please read the followings and update the firmware.

· Please read this update after refreshing this page.

· The firmware upgrade is not required if its version is 1.01.

* Refer to “2) Firmware version checking procedure” in the “Detail of firmware update steps” below to check the firmwawre version.

Detail of the update

The firmware update Ver. 1.01 from Ver. 1.00 incorporates the following issues:

Note-1
Functions of Fn2 through Fn7 button remain same.
Note-2
Steps to change the setting of Fn1 are same as usual like below.
・Change it in the function(Fn) setting menu appeared by pressing DISP/BACK button for a while.
・Change it through Setup Menu>BUTTON/DIAL SETTING>FUNCTION (Fn) SETTING.

The phenomenon is fixed that images in a camera cannot be transferred to a Windows10 PC via a USB cable.

For more info and to download the firmware update for the X-T10 Camera Body, please visit http://www.fujifilm.com/support/digital_cameras/software/firmware/x/xt10/index.html .