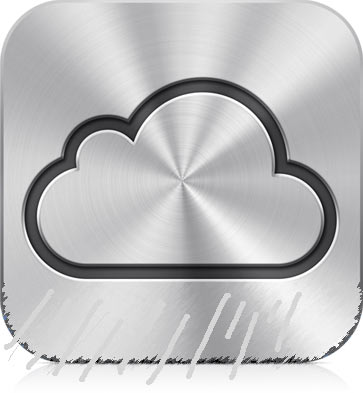 Apple’s announcement of its iCloud offering is game-changing. Public cloud computing has been available for a while now but has never taken off in a big way; it was primarily relegated to corporate uses and never meant to be so broad reaching as the iCloud proposes to be.

Since users of Apple devices have no choice but to use iCloud, the latter is immediately upon arrival a runaway success. Every music bought on iTune, every picture taken with the iPhone (which by the way will sport a “shutter release button” in the guise of the volume control), and presumably more (I can’t believe Apple will stop at these; what about books, software, etc.) will automatically reside in iCloud.

The advantage of a cloud is, of course, the availability of whatever you store in the cloud at your fingertips everywhere, anywhere and on any smart device. If you can connect, that is.

And herein lies the first major hurdle that Apple iCloud has to overcome. Will users 1) pay to store stuff in iCloud, and 2) pay for the upload and download? Unless you have a reasonably affordable unlimited bandwidth plan from your Internet Service Provider (ISP), you’d be most probably very quickly paying through your nose. [Take Internet TV as an example. You quickly run out of your monthly allocated bandwidth and have to pay for extra download. I can barely keep under my allocated Internet use limits, and that is why that all those ads and encouragements that Rogers (my ISP) sends me to watch TV online continue to fall on deaf ears.]

Keep uploading and downloading music, pictures and books and it’ll cost you lots in extra bandwidth. And, 3) you still have to factor the extra $25/year you need to pay Apple to host all your stuff on iCloud. Oh, iCloud starts out as “free” but 5GB is not much (though the iTune music you buy do not count toward that space — since it’s already there and Apple keeps one copy for all users). And $25 does not buy you unlimited storage space either folks, so once you hit the unspecified limit (my guesstimate is 25GB at $0.99/GB), expect to fork out more mullah.

The good thing with the iCloud is that it will be a success in the consumer space because Apple users are so enamored with their devices that they will pay for it. Plus, did I mention that they have no choice? Which will force other competitors to follow suit: Google, Amazon, Microsoft.

In the corporate space, companies such as VMWare will probably also benefit as CIOs start to divest their infrastructure to move to the cloud. They will really have no choice since it will be cheaper and they’ll have to justify a higher infrastructure cost versus using the cloud. Amazon is already in that game and will no doubt benefit. Google is synonymous with cloud, but it better jump into this specific consumer space or get left behind while they continue to pursue incredibly interesting but commercial-wise hopelessly unrealistic side projects. They could offer us free unlimited storage space in the cloud, plus affordable, fast and unlimited Internet access. They would own this space! But will they? Another player is Microsoft. Will it jump into this particular fray or miss it altogether, collective heads buried into bringing us a Windows 8 that nobody asked for or wants? Because the other players talk about it while Apple does it, Apple will rule the consumer cloud space (at least for Apple devices and services) for now; there is still a gap in the corporate space. Is RIM up to it? Its co-CEO is unfortunately more interested in owning an NHL franchise than work on the next generation RIM. The future is cloudy (pun intended) indeed.

As the current issue of CIO.com predicts, jobs will be at risk because once companies move en masse to the cloud, all that corporate infrastructure — and the jobs that accompany it — will become redundant. And don’t think you’ll also get outsourced: the skills required at the oursourcing company has more to do with designing infrastructure than running it.

So, yes, this cloud is about to rain on so many people and companies. It’s where technology is inexorably taking us and so where we must go. If there’s anyone who can make it work, it’s Apple and its courageous (if you’ve watched the keynote address) CEO, Jobs. So rain away!