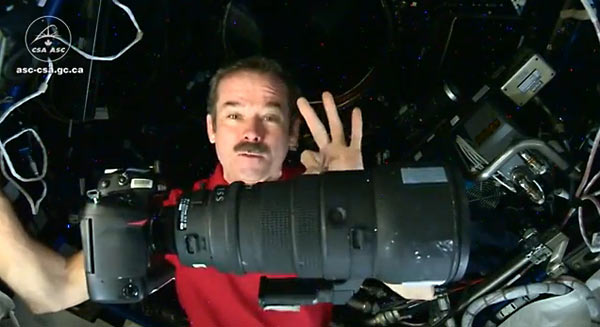 It’s amazing that he looks up to shoot down on the Earth! Ah, he mentions that since the ISS goes around the Earth so fast, he does not have to worry about missing a shot since it will soon enough come around again. Talk about ” The Little Prince” on his small planet.

The Nikon DSLR with the 400mm lens attached look huge. Of course, a mirrorless would be more compact BUT… it’s weightless on the ISS, so weight is not a concern (though size may be in a confined area).

With all the talk about space tourism, wonder when some brave soul will organize a space shoot aboard the ISS.