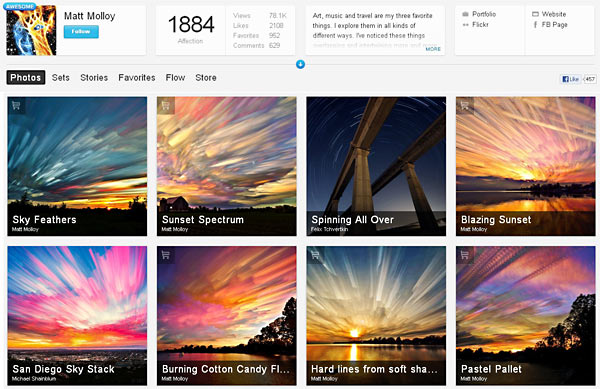 Matt Molloy may have well invented a new form of photography Art, the Timestack. Basically it is a series of time lapse images stacked one onto another to produce one single photo. The result is reminescent of brushstrokes on a painting.

He uses a Canon EOS 60D, which unfortunately does not have a built-in intervalometer, so hacked it with an open-source software called Magic Lantern to provide the capability. Multiple photos are taken from a fixed position. The interval between shots determine how smooth the movements will look, and an interval of 3 to 6 seconds were used for most of his shots. All the photos are then loaded into Photoshop, the same adjustments made on all of them and stacked using Star Circle Academy to automate the stacking process.

My favorite is Sunset Spectrum which stacks 396 photos.

Read the article at: DPmag.