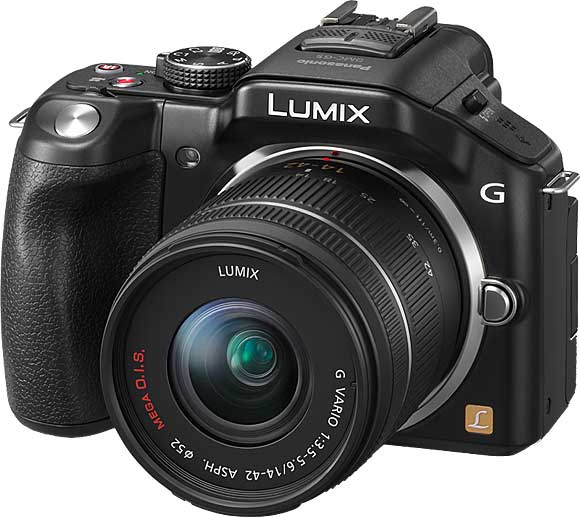 On July 10, 2012, Panasonic hosted editors from Canada, US and Latin America to a one-day media event in Sonoma, California. Photoxels was present for the event. Panasonic execs from Japan, US and Canada presented the new Panasonic line-up for 2012: the LUMIX SZ5, FZ200, LX7 and G5. A number of new lenses were also made available for use on the Lumix G5 interchangeable lens camera.

The Lumix SZ5 has Wi-Fi with a very smart twist: no Wi-Fi hotspot is required and instead users connect the SZ5 directly to their smartphone device to easily shoot (remote shooting) and share photos.

A slim and compact digital camera which features 10x optical zoom (35mm camera equivalent: 25-250mm) and integrates Wi-Fi connectivity to allow for quick file sharing while at home or on the go. Marrying the conventional digital camera experience with Wi-Fi capability allows users to connect the SZ5 directly to their smartphone device and easily shoot and share photos. Users can also save photos to the Panasonic exclusive cloud service, “LUMIX CLUB” and easily transfer images to Facebook™, Flickr™, Picasa™, Twitter™ or YouTube™. The DMC-SZ5 will be available in September in black or white.

The impressive feature is that the F2.8 maximum aperture is available throughout the full range of the zoom! Imagine shooting F2.8 at 600mm!

Featuring a high-quality LEICA DC VARIO-ELMARIT 25mm ultra-wide angle lens with a 24x powerful optical zoom (35mm camera equivalent: 25-600mm), the newest addition to the LUMIX FZ-series of digital cameras is the first digital compact camera2 to offer full range F2.8 aperture at 600mm, making it possible to capture moving subjects clearly with fast shutter speed, even from a distance. The DMC-FZ200 will be available in September in black.

This is one beautiful and pocketable camera. I simply love the F1.4 lens and the LX7 also has an Aperture Ring!

The LX7 is a new premium digital compact camera from the world-renowned and highly acclaimed LX series. The new LX7 is equipped with a fully redesigned lens, image sensor and image processing engine for superior performance and stunning image quality. Equipped with a newly developed 24mm ultra-wide angle LEICA DC VARIO-SUMMILUX lens with 3.8x optical zoom1, the LX7’s supreme lens features F1.4 brightness at wide-end and F2.3 at tele-end. The DMC-LX7 will be available in September in black or white.

The Lumix G5 was by far my favorite camera during the Sonoma event. I attached various lenses to it and it never felt too heavy to handle, even with the 100-300mm (200-600mm equiv.) lens attached. It was fast, intuitive (the Panasonic people did not hand out User Manuals for any of the cameras — and I did not need one), and very enjoyable to use. I used it in the bright California sun and the high resolution LCD was a pleasure to use. As far as image quality is concerned, take a look at the Panasonic G5 Photo Gallery, especially at the ISO 1600 samples, and judge for yourselves. Just remember that I hand held everything, so don’t be too surprised to see a little blur in the very low-light samples. The Lumix G5 is a beautiful camera, extremely well-built and professionally finished. I’d be surprised if it didn’t quickly become a sure best-seller.

At this event, Panasonic used the DSLM acronym for the first time (I believe). I don’t remember seeing this used anywhere else before in this way, except for a short discussion in the DPReview News Discussion forum by V Luis back in April 16, 2011. In that same discussion, a number of readers supported that acronym as being the most logical, but it never seemed to gain any traction… until now that Panasonic has picked it up and has started using it. It’s in fact quite logical once you admit it: where the “R” in DSLR stands for “Reflex” (as in a mirror), the “M” in DSLM stands for “Mirrorless.” Say what you may, but the term “mirrorless” is here to stay. I like it.

The media event was held at the Raceway in Sonoma. After the presentations, we separated into groups, with half donning racing helmets and zipping along the race tracks in Audis while the other half tried the new cameras hands-on to shoot the cars. Half an hour later, we swapped places, those in the cars grudgingly ceding their places to those taking pictures. It was great fun!

[Turns out Panasonic is a technology partner with the Raceway in Sonoma. In 2010, the Raceway in Sonoma launched a sustainability initiative, highlighting green performance activities at the track and partnered with Panasonic to design and install solar panel arrays at key locations campus-wide. Located at six sites throughout the facility, the solar arrays offset up to 41% of the racetrack’s electrical load.]

In the evening, Panasonic hosted a dinner — and low-light shooting opportunity — at the Ram’s Gate Winery, a beautiful building designed by world-renowned architect Howard Backen. Ram’s Gate Winery blends indoors and outdoors to offer breathtaking views of the surroundings. After feasting our eyes on (and taking lots of pictures of) the sweeping vineyard and bay views, we headed downstairs to the underground alcove and barrel cellar to test out the low light capabilities of the new cameras.

View our photos taken with the Panasonic G5 at the Raceway in Sonoma and Ram’s Gate Winery: Panasonic G5 Photo Gallery.