To support emerging talent, Nikon presents Project Spotlight! In the coming months, we will be shining the light on photographers eager to take their skills to the next level. First up is this French photographer who is all about exploring abandoned spaces to capture them in ways we have never seen before. Stay tuned to find out what he achieves!

Nikon has partnered with urban-exploration photographer David de Rueda to capture abandoned places in nine countries of Europe, which have rarely or never been photographed before.

During the project, David used the following equipment: 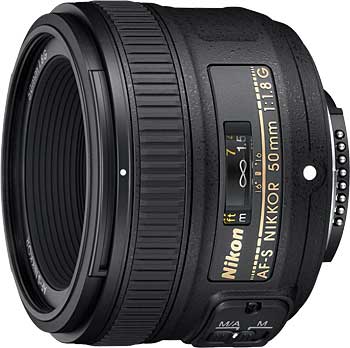 Create your new masterpiece with the exquisite Nikon D810. From delicate textures to high-speed movement, this all-versatile 36.3-megapixel camera is ready for anything.

With a redesigned 36.3 MP FX-format sensor, ultra-wide ISO range, and EXPEED 4 image processor, you get unprecedented sharpness, sumptuous tonality, and reduced noise across all sensitivities.

Flagship AF performance and Full HD movie recording at 1080/60p ensure you’re free to capture any kind of scene with rigorous precision. Nikon’s Picture Control 2.0 provides exceptional in-camera image processing/optimisation flexibility. Up to 7 fps burst rate to capture fast-moving subjects with incredible flexibility. Shoot uncompromised full-resolution images at up to 5 fps. Shoot 15.3-MP images at up to 7 fps in DX crop mode. The D810’s ISO range starts at ISO 64 for cleaner, better-defined images. Shoot at up to ISO 12800, or extend the range from 32 to 51200 ISO (equivalent). Amsterdam, the Netherlands, 24th June 2015 – Nikon has partnered with urban-exploration photographer David de Rueda to capture abandoned places in Europe that have rarely or never been photographed before. From the wreck of a Douglas DC-3 aircraft to two long-forgotten Soviet spacecraft, these images form part of Nikon’s Project Spotlight: Abandoned Places. David’s six week road trip covered nine countries in pursuit of these relics of Europe’s recent past – with a particular focus on the Cold War Era and exploring the former Soviet Union heartland.

In total, David travelled for 44 days, with the ambition to photograph these locations in a way that had never been done before. Particular highlights include the photography of:

“This image is the result of 180 kms of off-road driving in the Kazakhstan desert, followed by 45 kms of walking in a highly restricted area. We arrived and there they were: two relics of the Soviet space race in a huge abandoned warehouse.” Image Credit: David de Rueda

• Two prototype Soviet Buran spacecraft, pictured together for the first time in an abandoned warehouse hundreds of kilometres deep in the Kazakhstan desert
• The exploration of Chernobyl and the ghost town of Pripyat – from its highest building, to the remains of Pripyat hospital, to the inside of a nuclear power plant cooling tower
• The long-forgotten wreck of a Douglas DC-3 aircraft, surrounded by the Polar Lights, on Iceland’s south coast
• An abandoned radar station in the mountains of Italy, located after three hours of walking through snow over 50cm deep

“Nikon challenged me to create and complete my dream photography project, with my own imagination being the only restriction,” says David de Rueda. “This was an opportunity to challenge myself and push my urban exploration photography to another level. For me, the abandoned places of Europe’s recent past were an obvious choice. I see discovering the hidden side of such locations as a kind of modern archaeology that, when coupled with the artistry a photographer can bring, should capture the imaginations of many.”

Project Spotlight is an initiative from Nikon designed to shine a light on those photographers who are pushing the boundaries of photography in some way. It focuses on individuals that bring a singular perspective to their work and aim to capture images that haven’t been taken before, working with them to turn their dream photography project into a reality. David was chosen for his unique ability to capture the aesthetic beauty of derelict buildings. He has ventured into impenetrable environments, laden with mystery, with the aim of photographing them and making them visible. A recent trip to the heart of abandoned America saw him take striking photographs illustrating the hidden life of the unusual places he visited.

David de Rueda was born in Poitiers in 1987. From a family of artists, the Franco-German photographer and director has practiced urban exploration since his teenage years. He is a self-taught photographer and, at the end of 2013, his work was shown at La Samaritaine for a contest organised by LVMH. In 2014 he released his first movie, Urban Escape. He has also collaborated on the direction of music videos for Kery James, Maître Gims and other artists.

Nikon celebrated the 80th anniversary of the launch of its NIKKOR photographic lenses in 2013.

NIKKOR’s history began in 1932 with Nikon’s (then Nippon Kogaku K.K.) registration of the NIKKOR trademark, soon followed in 1933 with the first shipment of Aero-Nikkor aerial photographic lenses. Since then, Nikon has continued to develop lenses for both film and digital cameras. Always loaded with cutting edge optical technologies of the times, NIKKOR has grown to be a brand known for high-performance lenses.

In 1959, Nikon (then Nippon Kogaku K.K.) released its first SLR camera, the Nikon F as well as its first lens for Nikon SLR cameras, the NIKKOR-S Auto 5cm f/2. The Nikon F mount, adopted for the Nikon F, continues to be the mount used in the latest Nikon digital-SLR cameras. In addition, with the release of the new Nikon 1 series of advanced cameras with interchangeable lenses incorporating the new 1 mount, Nikon has steadily released dedicated 1 mount lenses developed with optical technologies cultivated over the years, advanced technologies, and offering the superior image quality users have come to expect since 2011. As a result, total production of NIKKOR lenses for cameras with interchangeable lenses reached 75 million in November 2012.

NIKKOR lenses are not limited to use by cameras with interchangeable lenses but are also integrated into Nikon’s COOLPIX series of compact digital cameras.