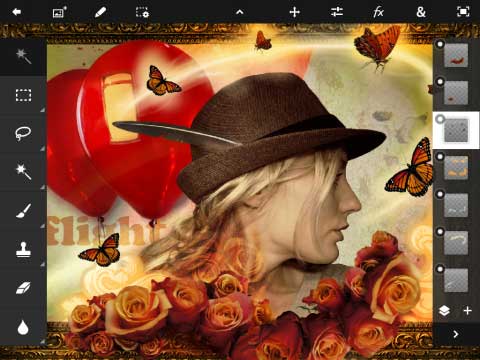 The Adobe Photoshop Touch is now available for iPad 2. It lets you quickly combine images, apply professional effects and share the results with friends and family through social networking sites like Facebook. It works with core Photoshop tools designed for tablets. Features include: use your tablet camera to fill area on a layer; select part of image to extract by scribbling; perform Google searches and share images on Facebook right in the app; and sync files to Adobe Creative Cloud and open in Photoshop. 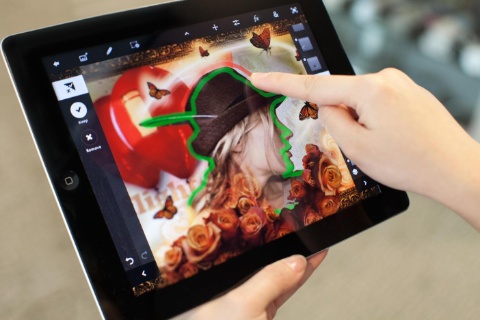 Photoshop Touch gives users the ability to combine multiple photos into layered images, make essential edits and apply professional effects to create beautiful artwork, touch up photos, paint, lay out ideas and much more. The Scribble Selection Tool allows users to easily extract objects in an image by simply scribbling on what to keep, and then what to remove. With Refine Edge technology from Photoshop, even hard-to-select areas with soft edges are easily captured when making selections. Photoshop Touch helps users quickly find images and share creations through integration with Facebook and Google Image Search. 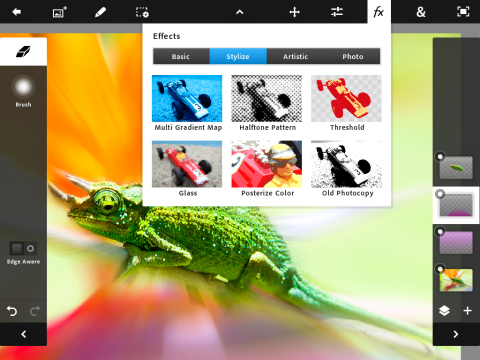 “People will be amazed with what they can create on the iPad using Photoshop Touch,” said David Wadhwani, senior vice president and general manager, Digital Media Business Unit, Adobe. “Photoshop Touch combines the magic of Photoshop and its core features with the convenience of a tablet, bringing image-editing power to the fingertips of millions of people.” 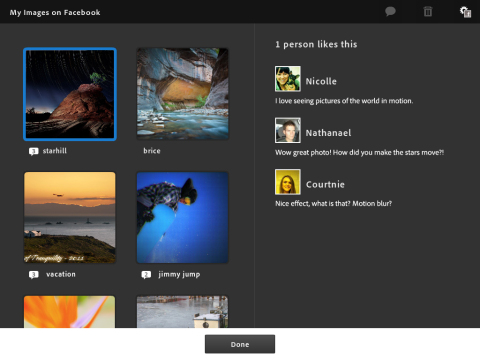 “Adobe Photoshop Touch offers a huge convenience factor and boasts cool Photoshop features tailored for the iPad,” said Brian Yap, creative director, Boxing Clever. “Nearly all of the features I imagined being in Photoshop Touch are there, including the depth in layers, the extraction tools, and fade tool.” 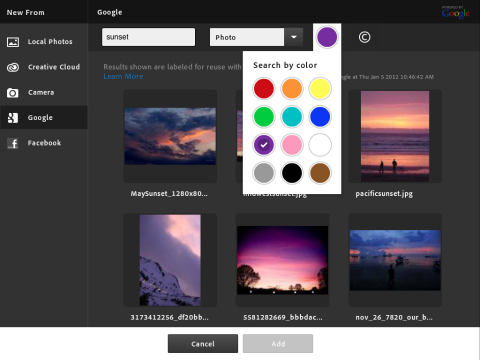 “I love the organic process of working on the tablet. With Adobe Photoshop Touch, I have a new form of image creation with familiar tools but in a more relaxed work space, allowing me to rediscover image making through play rather than production,” Dan Marcolina, owner, Marcolina Design & Marcolina Slate.

“My team and I put Photoshop Touch through the paces and it shines as a tool for on-the-go photo shoots,” said Tyler Stableford, photographer and director, Tyler Stableford Photography + Film. “Time is always critical when taking pictures during the golden hours of light. With a wireless connection, the art director and I can place photos, immediately as we take them, into a layer with the client’s artwork. This is really helpful when shooting catalog covers.”

In addition to Photoshop Touch, Adobe expects to release the following touch apps for the iPad in the coming months: Adobe Collage for moodboards; Adobe Debut for presenting and reviewing creative work; Adobe Ideas for sketching; Adobe Kuler® for exploring color themes; and Adobe Proto for website and mobile app prototyping.