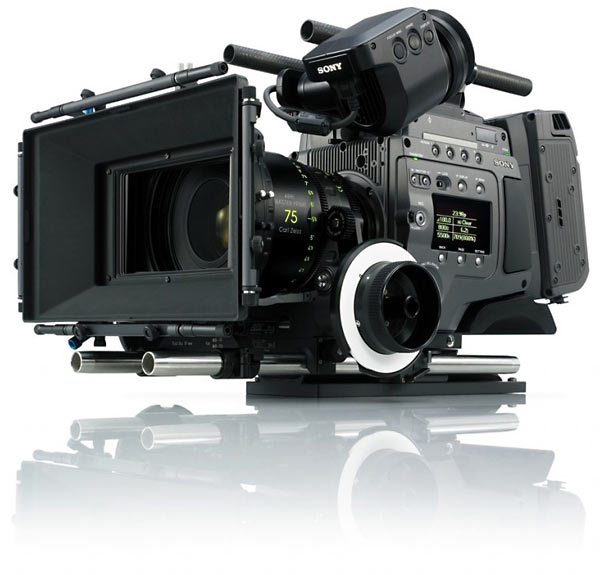 Park Ridge, N.J., July 10, 2013 – The new TV series “Camp,” which premiered this week, is the latest production shot with Sony’s F65 camera. The show’s creative team used three F65’s during production – two in a studio configuration, one on a Steadicam – and the camera’s unique 8K image sensor, its dynamic range and its workflow flexibility helped the team achieve just the look they wanted.

“My approach is to get the best possible images I can, and this camera really allowed me to explore every shot to its fullest potential,” said DP John Stokes, ACS. “The color spectrum is huge. Until you get to the color suite and you color time in 4K, you don’t have a full idea of what the image really holds.”

“Camp” is Stokes’ second experience shooting with the F65, so he was confident the camera could keep up with the production’s fast pace, shooting each episode in seven days and also dealing with constantly changing conditions.

“The F65 is a great on-location camera,” he said. “It’s great to use hand-held, it loves the sun and is very filmic in the way it captures light.”

With the show’s summer camp theme, the production team wanted a “lush” look that conveyed the beautiful and gorgeous feel of summer. According to Stokes, the F65 delivered.

Shooting mostly outdoors in remote locations, the team had to face the challenges of rain and mud, as well as losing light towards the end of the day. The buildings that the team shot in were existing structures that often contained no lighting infrastructures. The F65 handled each day’s shooting with ease, and the team was impressed with its ability to adapt to different lighting conditions.

“We were shooting one scene as the sun was going down,” Stokes said. “As we lost light, we had to adjust everything to get the same balance that I had when the sun was up. My eyes could barely see so I was sure the camera wasn’t capturing everything either. I told the producer I was almost certain we would need to re-shoot the next day. That night, I called the DIT to check the shot and when he sent it back to me, I said this is not possible, I could barely believe my eyes. The F65 got it all in almost no light. It saved the scene and we avoided the time and expense of a re-shoot.”

“I honestly thought those shots would be unusable, but the camera gave us a wonderful surprise,” he said. “The quality of the images we captured using the F65 is outstanding. It definitely has a dynamic range that is comparable to, and probably exceeds, film. But what really impressed me was the signal noise, or lack thereof. Very often, we shot entire night scenes at 1600 ISO, and to my eye, I wouldn’t call it noisy. I wouldn’t even correct it.”

“Camp” was originally planned for HD acquisition, with 4K used only for high frame rate shots. However, Reig and Stokes convinced the producers that using 4K RAW Lite as the primary acquisition format was the logical choice.

“Shooting in 4K offers tremendous flexibility to the post production process,” Reig said. “Not just in terms of dynamic range, but when digitally re-framing a shot, when working with visual effects, everything. Although we aren’t delivering 4K to networks yet, having the 4K camera originals means, in the future, we can re-master at the higher resolution without a huge expense.”

The F65 helped the team get the best imagery possible. Stokes added that the F65’s mechanical shutter was perfect for capturing the summer camp feel.

“There are many scenes with kids running around, a lot of motion and activity,” he said. “When there’s so much movement, a mechanical shutter really comes into play. It gives you a great texture. You can see individual strands of hair moving. It’s a small thing, almost sub-conscious, but it makes for a more pleasing image to look at.”

The F65’s benefits continued on through the post production process.

“One thing I will give the Sony system over other systems is the tools provided for post production personnel, specifically, the data transfer units and software utilities,” Reig said. “The data transfer units are wonderful, and very simple to use. But more importantly, they fit right in with my existing technologies. Being able to link the transfer units to a network, and transfer directly to centralized storage makes a huge impact on getting things done fast.”

With the show wrapped and airing now, Stokes and Reig are both fans of the F65 and confident in the potential of its 4K workflow to re-define television production.

“I have a tremendous amount of confidence in this camera,” Stokes said. “I never felt I was not going to get through the day because the camera couldn’t take it. When we had to really run and gun, I could just grab my light meter and approach a scene just like film. I’m always confident the images will be there in post. It’s a great camera. It saved the day time and time again.”

Reig said, “This idea to do a show at 4K, and in RAW, was an ambitious one. To be honest, I was a little worried how it would work on a fast-paced episodic drama. But I was amazed at not just the flexibility it allowed us in post, but how quickly I could get it done. With the success of this workflow, I am optimistic that other shows will catch on, and pave the way for a new ‘standard’ workflow.”