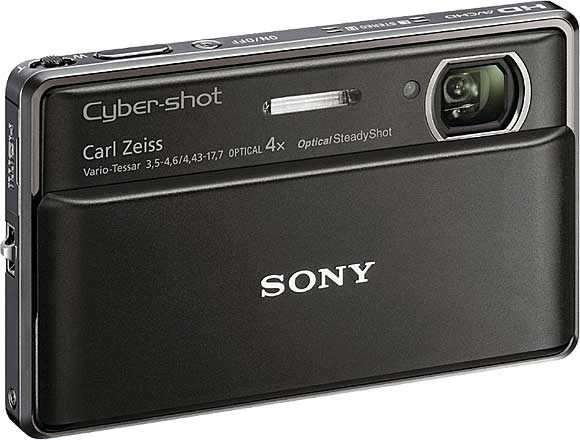 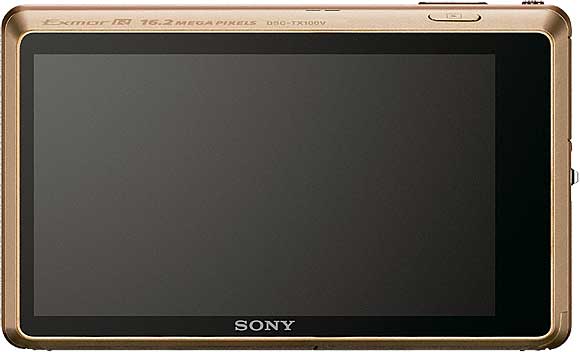 The TX100V is also the first Cyber-shot™ camera from Sony with an 8.8cm (3.5-inch) OLED touch screen that provides deeper blacks and rich colours, while being thinner and offering a faster response time than most LCDs – a feature that’s especially useful when shooting movies. Additionally, the WX10 is one of the only digital still cameras to include a high speed linear focus feature that provides quicker, more precise focusing that’s comparable to the speed of a DSLR camera.

The cameras also include the 3D Sweep Panorama™ feature, which lets you take panoramic pictures in one press-and-sweep motion. The high-speed burst of frames is stitched together to automatically create detail-packed 3D panoramas.

These cameras will let you view images in a whole new way. Unlike 3D Sweep Panorama™ mode, which lets you view your 3D images on compatible 3D television systems, Sweep Multi Angle™ lets you view images moving in simulated 3D on the camera screen simply by tilting the camera back and forth. This shooting feature captures 15 images at different angles, compiling them to create a 3D-like effect on the display.

Easily accessible from the cameras’ menu button, an In-Camera Guide lets users get on-screen help without thumbing through paper instruction manuals. (In-Camera Guide is not available for W510 and W530 models).

With a Sony G lens with 10x optical zoom in a compact camera body, the Cyber-shot™ HX7V Sony digital camera offers built-in GPS and Compass which records the location and direction of where photos were taken. The WX10 features a 7x, bright F2.4 24mm wide angle lens and the Hi-Speed Linear AutoFocus feature, and the DSC-WX7 camera has a 5x 25mm wide angle lens for capturing the perfect group shot or landscape.

The DSC-TX100V, DSC-TX10, DSC-HX7V, DSC-WX10 and DSC-WX7 cameras are the first Sony Cyber-shot™ with an improved HDR (High Dynamic Range) feature that compiles highlights, mid-tones and shadows from three separate shots to create one realistic-looking photo, even in difficult lighting conditions.

DSLR Speed
With the new Hi-Speed Linear AutoFocus feature, the Cyber-shot™ WX10 makes it easy to focus on your subject with DSLR-like speed. Instead of a mechanical gear to drive the AutoFocus, the DSC-WX10 has a magnetic coil (like those used in an audio speaker) to move the lens linearly and achieve AutoFocus in a straight back-and-forth motion—not rotationally. 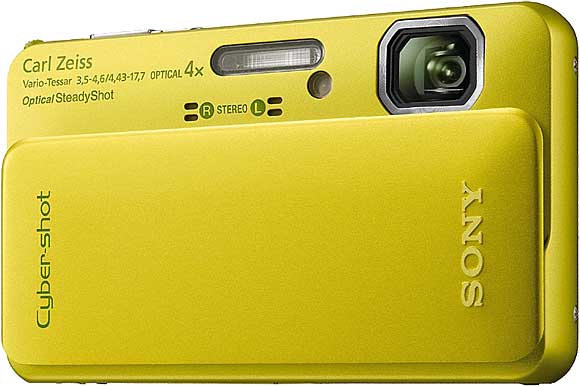 Water-proof in up to 5m of water, the TX10 lets you take high-quality photos, including panoramic pictures, and Full HD 1080i videos of your friends, family or pets underwater. From the tropics to the top of the mountain, the camera is also freeze-proof down to -10 degrees C, so you can take pictures on your next snowbound adventure.

Not only is good to go in chilly weather, but the sleek TX10 is durable enough to withstand an accidental drop from up to approximately 1.5m. Additionally, it is dust-proof thanks to its airtight construction, so you can take it with you wherever the dust might kick up.

All new Cyber-shot™ digital camera models are compatible with the latest range of premium-quality SDHC cards by Sony. The perfect partner for your Cyber-shot™, they’re also a great match for SD/SDHC-compatible cameras, camcorders and devices from other manufacturers. The affordable Essential Series and value-added Experience Series are joined by the flagship Expert Series (Class 10) for photo users who demand class-leading capacity and transfer speeds.

All new Cyber-shot models will be available in a range of colours from March 2011.