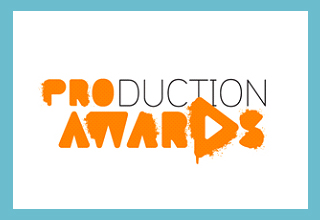 The PROduction Awards 2014, Sony’s global search for the next generation of creative talent, opens for entries

Now in its third year, the Sony PROduction Awards has grown into a global competition designed to unearth exceptional filmmakers and give them the opportunity to further their careers. Entrants are invited to create or share an existing film of up to five minutes and submit it to the Sony PROduction Awards site under one of the three categories: Factual, Creative or Student. In the Student classification, entrants are invited to submit a creative or factual film, but will be judged among their peers.

All qualifying films submitted, will be uploaded to the Sony PROduction Awards Arena, where the public will be able to view them and vote for their favourite. Entrants will be able to submit their films up until 10 March 2014, at which point voting opens. Voting closes on 7 April 2014 and the five most popular entries in each category will be judged by Sony’s panel of industry experts to pick three winners, one from each category. The judging panel is made up of a wide range of industry experience and includes the following talented individuals:

“Winning last year was a fantastic experience and one that opened up a world of new opportunities for me,” said Mohamed El-Sehrawy. “It’s an honour to be welcomed back as a judge especially now that the competition is global. I think we are going to see some incredible talent this year.”

The Sony PROduction Awards is a celebration of creativity and technical ability. The films will be judged on how well the content is shot given the equipment used, whether it’s a high-end 35mm cinematic camera or a smartphone. The judges will also factor in the creativity of each submission and how engaging the idea, content, cinematography, direction and production are.

The winner in the Student category will also win access to the John Lennon Educational Tour Bus, where they will have the opportunity to get to grips with the state-of-the-art mobile audio and HD video recording and production facilities. All winners will be announced in April this year.

Olivier Bovis, Head of AV Media, Sony Europe, said: “We are looking forward to one of the most competitive Sony PROduction Awards yet as we welcome participants from every corner of the globe. For a number of years, the Sony PROduction Awards has provided a platform for undiscovered talent to get the recognition it deserves. This year it will be bigger than ever, as students and production enthusiasts from all over the world battle to be recognised as the future of the production industry. We want to celebrate their creative talent and provide them with the tools they need to go on to achieve great things.”

You can learn more about the Sony PROduction Awards and submit your entry, here: http://productionawards.sony.eu .