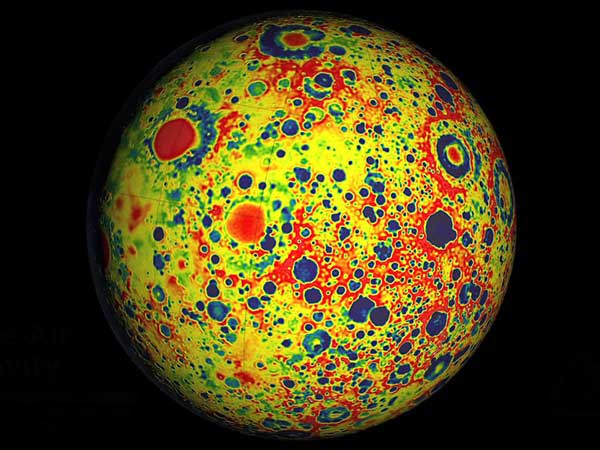 Here’s one picture of the Moon, but bet you have never seen any photo like this one before. It is in fact a gravity map of the surface of the Moon. Blue indicates regions of slightly lighter gravity and red indicates regions of slightly stronger gravity. The image(s) were taken by the twin Gravity Recovery and Interior Laboratory (GRAIL) satellites, launched in 2011, which were eventually crashed into a lunar crater at about 6,000 kilometer per hour on December 14, 2012. Not good if any alien is watching us, concluding perhaps that is our modus operandi whenever we send a satellite to survey a planet. We come in peace… CRASH!