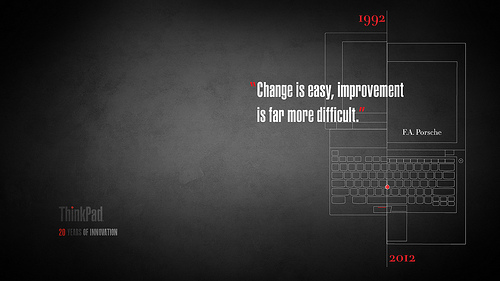 Today also marks the 20th anniversary of the Thinkpad, the laptop that first made it cool to have one.

According to Lenovo (yes, IBM sold its PC division to China-based Lenovo Group back in Dec 2004): “Inspired by the classic design of the Japanese Bento-Bako box, the ThinkPad is the gold standard of enterprise laptops, counting CEOs, country leaders and kings among its fan base. Its brilliant red track point is the perfect accoutrement to its understated, yet business-like profile. It is made for doing important work. It is the choice of serious doers.”

The ThinkPad’s 20th anniversary was celebrated for a night at the Museum of Modern Art.