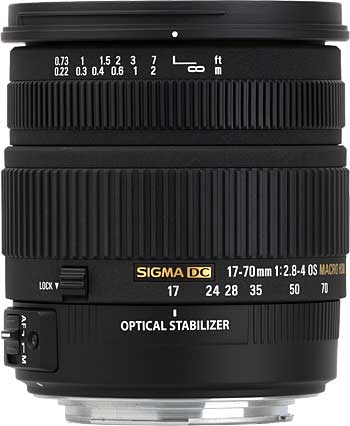 We are a bit late on this release. The European Imaging & Sound Association (EISA) has awarded Sigma’s 17-70mm F2.8-4 DC MACRO OS HSM Lens with the award for Best Product for 2010/2011 in their Lens category. This award recognizes the outstanding quality and performance of this popular lens.

Gentec International is pleased to announce that Sigma’s 17-70mm F2.8-4 DC MACRO OS HSM lens has been honoured, once again, with an award recognizing the outstanding quality and performance of this popular lens.

Earlier this year, the prestigious European Photo & Imaging Awards of the Technical Image Press Association (TIPA) recognized the lens as Best Entry Level Lens for 2010. Now, the European Imaging & Sound Association (EISA) has honoured the lens with another coveted award. EISA is an organization which consists of 50 photo, video and audio magazines from 18 European countries. Each year, EISA chooses the best products released in Europe over the past year from a variety of categories. This year, they named Sigma’s 17-70mm F2.8-4 DC MACRO OS HSM the Best Product for 2010/2011 in their Lens category.