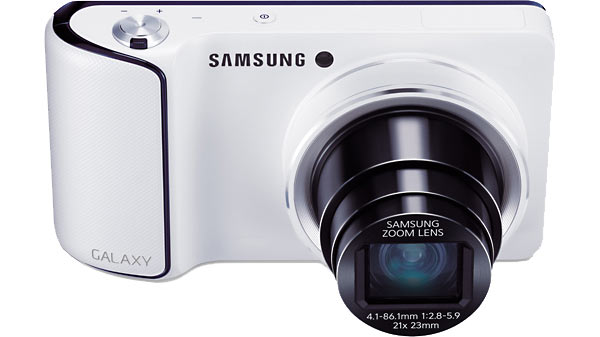 This Samsung GALAXY Camera Review is based on a production model. All sample images are unretouched, except where specified.

Android Camera. The Samsung GALAXY Camera is targeted to avid mobile photographers who post compulsively to social networks. For those of you who are dissatisfied with the reach of your smartphone and add accessories such as flash and tele converter to achieve better results, the GALAXY Camera may be what you have been searching for.

The Samsung GALAXY Camera features 16.3 MP resolution, a 21x optical zoom with optical image stabilisation and a 23mm wide-angle lens. It is powered by the Android 4.1 Jelly Bean OS running on a 1.4 GHz Quad core processor, and incorporates all the smarts and intuitiveness of its user interface: Wi-Fi, 3G/4G capabilities, GPS, Bluetooth, Internet browsing, and all the apps Android makes available on the Google Play store. The GALAXY Camera is not a smartphone (though you can download apps like Skype that will let you communicate).

There’s no other camera like it currently for instant sharing on social networks. The 21x optical zoom and availability of PASM shooting modes may make the GALAXY Camera a very attractive proposition to street journalists. Imagine your photos instantly shared with the world before any one tries to get his hands on them and prevent them from going out. You can do that with a smartphone but the optical zoom reach is just not there to allow you to get pictures from a safe distance or place.

See if you fit the Samsung GALAXY Camera User Profile below: