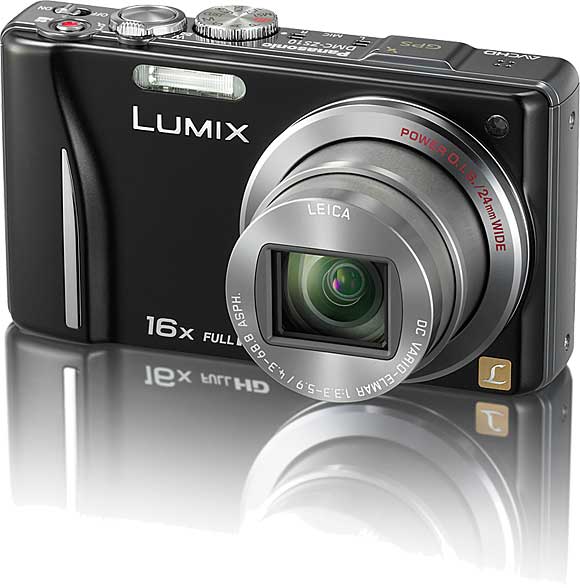 “With the introduction of the LUMIX ZS10, Panasonic expects to continue to lead the market in long zoom digital cameras, as this very advanced digital camera not only offers a 16x optical zoom, but with an even wider 24mm Leica lens, this is a truly robust digital camera for both still photos and full HD 1080 videos,” said David Briganti, Senior Product Manager, Imaging, Panasonic Consumer Electronics Company. “With new features such as touch-screen operation and even a 3D photo mode, Panasonic continues to pack the ZS10 with innovative features for capturing high-quality photos and videos, which can be easily shared with family and friends using the new LUMIX Image Uploader feature.” 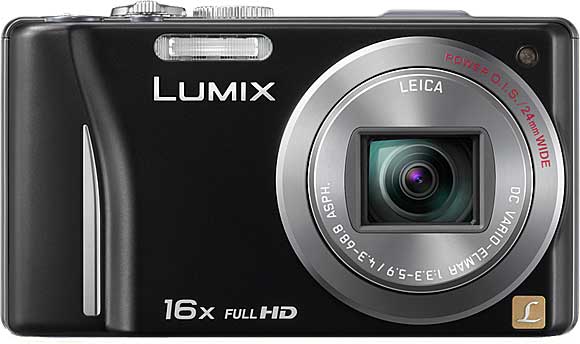 The Panasonic LUMIX ZS10 also features the new Panasonic 3D Photo mode, which produces a realistic 3D photo by taking 20 consecutive photos and overlaying the two best images which provide a 3D image that can then be played on a Panasonic VIERA 3D HDTV. The format of the 3D image is compatible with MPO, and can also be played back on other MPO-compatible equipment such as a televisions, digital photo frame and printers. Panasonic also adds the LUMIX Image Uploader for seamless and instant sharing via Facebook (for digital photos) or YouTube (for videos). Users can checkmark the photo or video files they want to share, connect it to a PC with the included USB cable or by inserting the SD Memory Card directly into the PC’s SD Card slot, and then the uploading automatically launches with an easy-to-follow menu option. 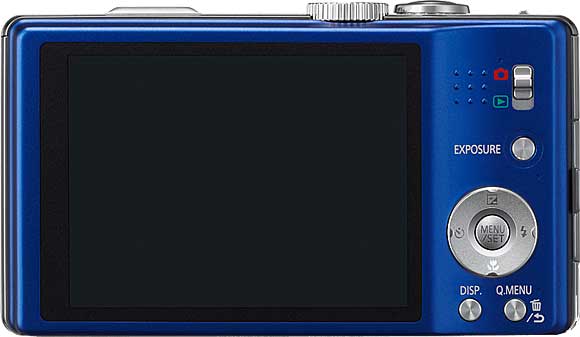 Using the touch-screen, once locked on the subject, the LUMIX ZS10 tracks the subject with the AF tracking function even if it moves. With the Intelligent Scene Selector in the iA mode, the LUMIX ZS10 automatically switches to the appropriate mode according to the subject touched. For example, a touch on a human face switches to the portrait mode and a touch on the background or a landscape changes to the Scenery mode, while a touch on the subject close in the foreground changes to Macro mode. All menu settings are now available with touch control. The touch-screen operation excels not only for shooting, but also in playback, allowing the user to drag the images across the screen with a finger and browse the collection of photos as though flipping the pages of a book.

The LUMIX ZS10 shoots 10 fps in 14-megapixel full resolution with mechanical shutter and 5 fps with continuous AF. Even higher speed burst shooting is available with LUMIX ZS10 if the electronic shutter is used – 60 fps in 3.5-megapixel*1. The LUMIX ZS10 is an advanced photographic tool for recording not only great photos but also beautiful full-HD movies. In addition to Motion JPEG images, the LUMIX ZS10 can record high-resolution full-HD 1920×1080 60i videos in AVCHD (MPEG-4 / H.264)* format. The high frame rate of 60i excels in recording moving subjects with outstanding smoothness. The videos also come with the high-quality stereo sound of Dolby® Digital Stereo Creator, to offer highly realistic sound. 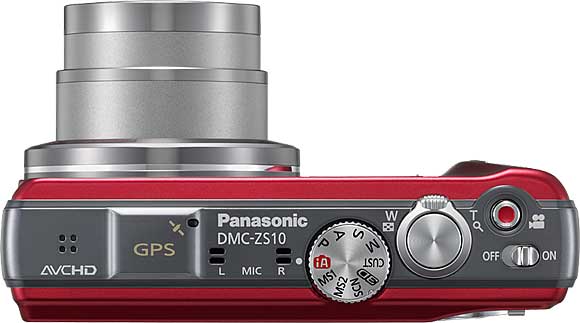 Panasonic’s iA Mode, a suite of technologies that engage automatically, has evolved for more powerful image stabilization while video recording and taking still photos with Active Mode which boosts POWER OIS to excel in suppressing blur when recording videos at wide angle while walking. New iA features include the Intelligent Handheld Nightshot, which creates a beautiful night scenery with illumination by layering the images shot consecutively. Furthermore, the Intelligent Burst Shooting automatically sets the frame rate of burst shooting according to the subject’s movement – whether it moves fast or slow – utilizing the mechanism of Intelligent ISO Control. Other features of iA include: Motion Deblur, POWER OIS, Face Recognition, Face Detection, AF Tracking, Intelligent ISO Control, Intelligent Scene Selector and Intelligent Exposure. With iA, taking beautiful photos is possible for users at any skill level. In addition, the Intelligent Resolution technology is always activated in the iA mode, which helps produce even clearer photos by precisely performing signal processing, pixel by pixel, to help ensure clear and sharp images.

The LUMIX ZS10 digital camera features a built-in GPS system which tags the location data where the photo was taken with its latitude and longitude automatically in the Exif data. Plus, the LUMIX ZS10 also shows the name of the Country/Region, State/Prov./County, County/Township, City/Town/Village and Landmark by using internal data to give users details on where the photos or videos were taken. The area information covers 203 countries or regions for global users. Plus, more than 1,000,000 landmarks over 78 countries or regions are in the database. Using the included software PHOTOfunSTUDIO 6.1 HD Lite Edition, photos and videos can be searched by location and names. The LUMIX ZS10 also features an internal clock that automatically adjusts to the local time when GPS is enabled – a handy feature for travelers. 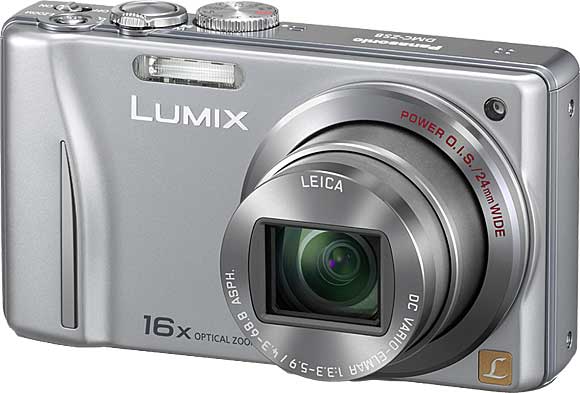 The LUMIX DMC-ZS8 was also added to the ZS-Series of cameras and maintains the versatile 24mm ultra-wide angle and powerful 16x optical zoom LEICA DC VARIO-ELMAR lens. Other features include:

Facebook and the Facebook logo are registered trademarks or trademarks of Facebook, Inc.
YouTube is a trademark of Google Inc.
Leica is a registered trademark of Leica Microsystems IR GmbH.
The LEICA DC VARIO-ELMAR lenses are manufactured using measurement instruments and quality assurance systems that have been certified by Leica Camera AG based on the company’s quality standards.
The “AVCHD” is a high definition digital video recording / playback format jointly established by Panasonic Corporation and Sony Corporation and “AVCHD” logos are trademarks of the companies.
Dolby and the double-D symbol are trademarks of Dolby Laboratories.
GPS may not work in China or in the border regions of countries neighboring China.
Design and specifications are subject to change without notice.