Source: SPACE.com: All about our solar system, outer space and exploration

There must be some credence to Men in Black’s suggestion that most of the wildly successful people in our midst are actually aliens in disguise. How else can you explain that George Lucas of Star Wars movie fame knew that there could be such a thing as a planet that revolves around two suns, like Tatooine does? This is even more interesting because when Tatooine was depicted in Stars Wars, many scientists doubted that such planets could really exist. Lucas knew something they didn’t, eh? 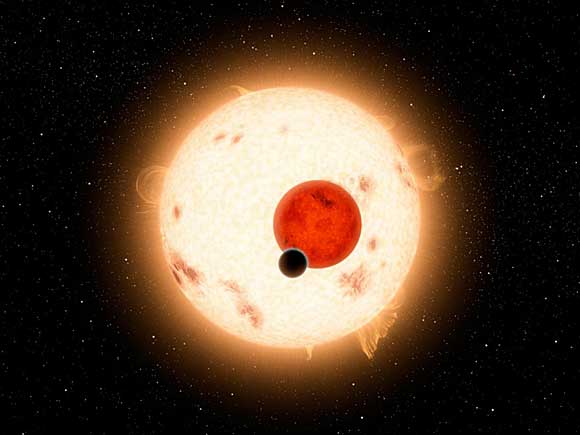 This planet, dubbed Kepler-16(AB)-b, is about 3/4 of the distance between the Earth and our sun, is Saturn-sized, and travels on a nearly circular 229-day orbit around its two parent stars, Kepler-16A and Kepler-16B. The suns themselves orbit close to each other, completing an orbit around each other every 41 days.