We attended the Panasonic Canada 2010 Spring Media Briefing this morning and were able to see and handle all the newest Panasonic camcorders and digital cameras. We were also treated to an impressive 15 minute 3D Home Theatre viewing of Panasonic’s latest 3D technology. Here’s a brief recap of the main points we took away from the presentations, as well as my first impressions of the new Lumix G2 and its touch-screen interface. 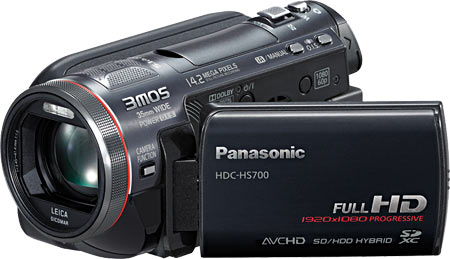 The 3MOS technology works by splitting the light entering the lens into 3 parts. Each part goes through the appropriate red, green and blue filter and is processed by its own image sensor. In this way, each sensor records all the light for one primary color instead of having to interpolate it when using only one sensor for all 3 colors.

The Secure Digital Extended Capacity (SDXC) memory card is the big story everywhere, allowing a maximum of 2 Terrabytes of storage. That’s twice what my novel book-sized external hard disk drive can hold squeezed into a postage stamp-sized card! For now, Panasonic is shipping SDXC cards of 48GB and 64GB. Panasonic makes its own SD cards [and Leica designed lenses] in its own factory in Japan and certifies its Class 10 SD cards at -25°C to 85°C and at twice the industry recommendation for “toughness.”

If you’ve watched Avatar and Alice in Wonderland in their 3D glory, you’re probably among those thinking that 3D movies are the way to go for the future. It’s not over the top with Disney throw the javelin at the audience effects, but it’s just nice 3D. Panasonic wants to bring that 3D technology to home theaters in the VIERA Plasma line of HDTVs. I asked about 3D without glasses but Panasonic isn’t considering that technology just yet, so a pair of [futuristic] 3D Eyewear is required.

We sat through a 3D Home Theater presentation which I thought was pretty impressive. Hopefully we get an industry standard for 3D so that we can watch 3D Blu-ray movies on any Blu-ray DVD player and HDTV, and wearing any 3D Eyewear. 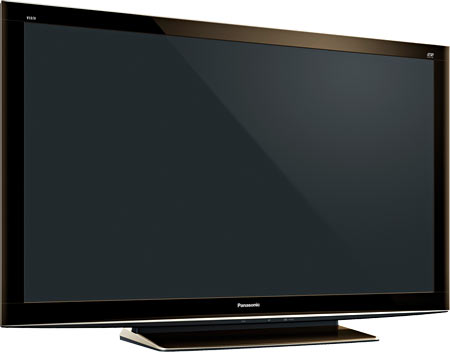 I came out of this presentation thinking that 3D technology has made such progress that it must certainly be the next frontier as far as consumer electronics is concerned. There is no 3D home video camcorder yet, but can that be too far behind? When that does come true, imagine being able to one day create your own 3D video and show it on YouTube. And watch it on your [3D] PC’s screen. Don’t know if you agree, but it seems to me that 3D technology may be at the same threshold that digital camera technology was less than 10 [short] years ago.

Though consumers are not really yet clamoring for 3D, the technology has matured enough that companies are simply building it. If it’s good enough, and affordable enough, consumers may well buy it. And Panasonic’s VIERA system is impressive.

The “Digital Interchangeable Lens” system cameras, aka Mirrorless DSLRs, are Panasonic’s answer to the traditional DSLRs. For Spring 2010, there are the Lumix G10 [Specs] and Lumix G2 [Specs]. The Lumix G10 is an easy-to-use entry model. But we were especially interested with the G2 and its new touch-screen interface. 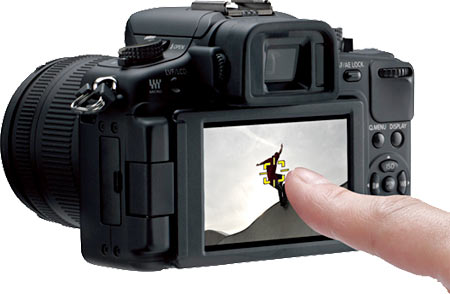 A touch-screen interface is usually a love-it or hate-it affair, usually the latter if the experience is not close to what you are used to on the Apple iPhone. Most, if not all, touch-screen digital camera interfaces we’ve used have left us crying for the buttons to come back. Though the hands-on demo of the G2 touch-screen interface was impressive enough, it was still with some trepidation that I tried it for myself. Well, not only are the control buttons still available for your use on the G2, the touch-screen interface really works! You touch and it responds — no second tap required, no misses, no lag, no frustration.

With sonic speed AF [Panasonic’s numbers is 0.3 sec.] and negligible shutter lag, all you have to do is touch the screen to immediately engage AF at that point and take the picture. And it’s a gentle touch, not a hard tap, on the screen. The touch-screen works in AF Area mode as well as in manual AF mode. In Manual AF, just touch the screen and that point enlarges to allow precise manual focusing. You can access the Quick Menu by touch also. Overall, a well thought out application of touch technology, and I liked that Panasonic is applying it to make taking pictures easier rather than for fancy page turning effects.

So, my first impressions of the Lumix G2 touch-screen interface are good but I’ll wait to get a camera and perform a detailed review before I say anything definitive about it. We’ll put up a review as soon as we get a production model from Panasonic.