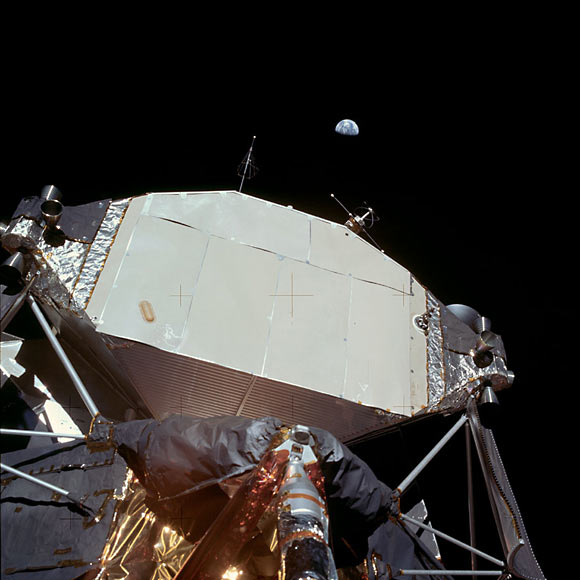 What if you were responsible for taking the first photos on the moon? Remember, it was not the digital age yet but you still had a hundred or so of film frames available in the special extra large Kodak film magazine (that allowed 160 pictures in color or 200 on black/white on 70mm film) of your specially fitted for the moon Hasselblad 500EL medium frame camera (fitted with a Zeiss Planar 60mm lens).

NASA has released the first photos taken on the Moon, including a panorama. Neil Armstrong took the famous photo of Buzz Aldrin standing by the American flag. Aldrin then takes the iconic photo of his boot print on the lunar soil.

Yet, none of them remembers who took the Earth photo above the lunar module. You’d think that this would be a WOW moment that would have stayed in your mind forever. Guess, they were more snap shooting than “setting up their tripod and waiting for the right light and moment.”

There is uncertainty about which astronaut took the pictures of Earth above the lunar module. Neil may have borrowed the camera briefly from Buzz but neither one can confirm this.

View the photos at: NASA.