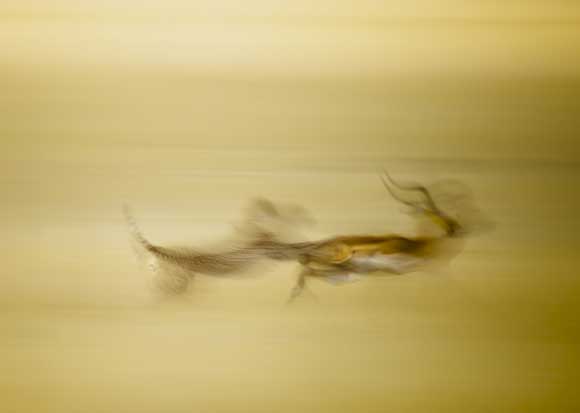 National Geographic has published the Winners of its Photo Contest 2011 in the People, Nature and Places categories. More than 20,000 images were submitted by professional and amateur photographers from more than 130 countries. Shikhei Goh won the $10,000 grand prize for his Splashing picture of a dragonfly weathering a rain storm. The Hunt by Stefano Pesarelli (above) of a big cat hunting an impala was obtained by panning the camera. It wonderfully evokes speed and drama.