The following video presents Leica – Revival of a legend | Made in Germany:

A Leica is forever. That motto was the brand’s selling point – and very nearly its downfall. After failing to keep pace with the digital revolution, in 2004 the German company almost went bankrupt. Then investor Andreas Kaufmann stepped in, and brought Leica back from the brink. Since then, Leica has invested 80 million euros in research and development. And in 2009, Leica achieved profitability once again. Report by Joanna Gottschalk. The product advisory below applies to the Leica M9 /  M9-P /  M Monochrom and M-E camera models. 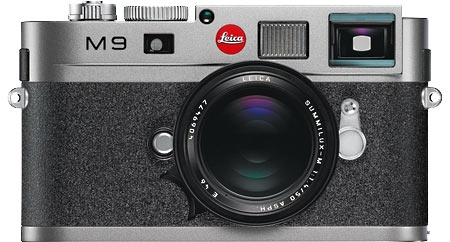 Since the recognition of a corrosion-related problem on the cover glass of the sensors of the above-mentioned camera models (see information from 10.12.2014), we have been working with our sensor supplier on a long-term technical solution.

The development phase of a new generation of sensors has now nearly been completed. In the next phase, independent users will be testing the new sensor in practical situations to guarantee that the imaging characteristics of the cameras remain unaltered.

After completion and evaluation of this testing phase, we will begin the replacement of corroded sensors by the new-generation sensor.

As the goodwill arrangement for the replacement of affected sensors applies irrespective of the age of the camera, and also to sensors already replaced in the above-mentioned camera models, repairs will continue without interruption until the new sensors are available.
Please understand that sensor replacement can only be offered for cameras affected by the concrete problem and that preventive replacement is not possible.