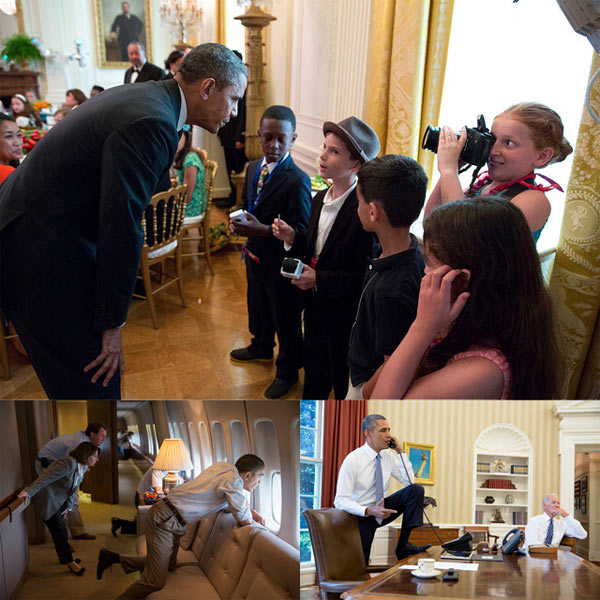 Pete Souza is the chief White House photographer and has access and permission to photograph President Obama as the latter goes about doing his job as “leader of the free world.” We’ve seen many of his photos on Flickr and I remember a TV documentary about the incredible access he has to photograph pretty much what and when he wants, and then hang selected photos on the walls of the West Wing for the President and the White House staff to see.

In this interview with PDN, he talks a bit about how he goes about doing his job photographing the president without being in the way. An interesting aside: no photo can be deleted; every photo gets archived under the Presidential Records Act.

Read the interview at: PDN.