You’ve all seen these trick photos that make it look like your computer’s screen is transparent. It seems like the photographer took a picture, uploaded it to the computer, set it as the desktop background, positioned the computer (screen) carefully in the scene and photographed it all again. The truth is fortunately much simpler than that and this tutorial shows you just how to easily you can do your own transparent screen trick photo. 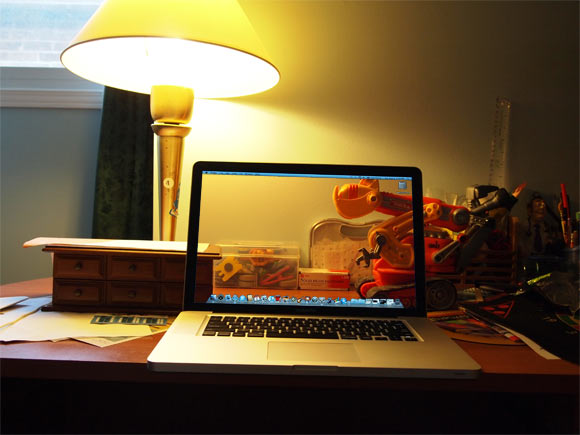 STEP 1: Arrange The Scene And Take A Picture With Your Computer In The Scene.

We are going to take two pictures of the scene: one with your computer in it, and one without. Here, in this first step, we’ll arrange the scene and take a picture of the scene with the computer as part of it. 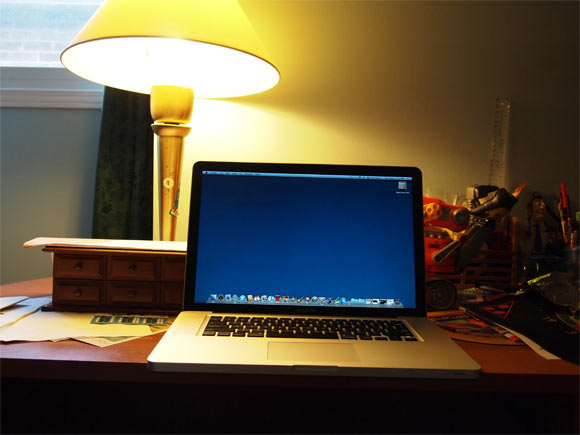 Step 1: Arrange The Scene And Take A Picture With Your Computer In The Scene

Here, I’ve placed a box (on the left) and the “Digger” toy (on the right) so that part of each is visible and part is hidden behind the computer’s screen.

As you can see, the screen is definitely not transparent.

STEP 2: Take A Picture Without Your Computer In The Scene.

Next, we want to take a picture of the same scene, but with the computer removed. 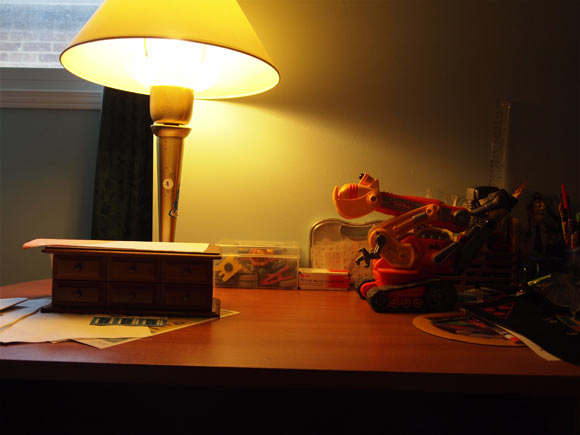 STEP 2: Take A Picture Without Your Computer In The Scene

You now have two pictures of the same scene, one with your computer in it, one without.

As far as picture-taking is concerned, that’s it. You’ve got the two photos you need to make the magic happen.

The rest of the steps are performed in PSE, so fire your image editing software up!

The solid color screen you choose as a background color will determine how easy — or frustrating — this step is. 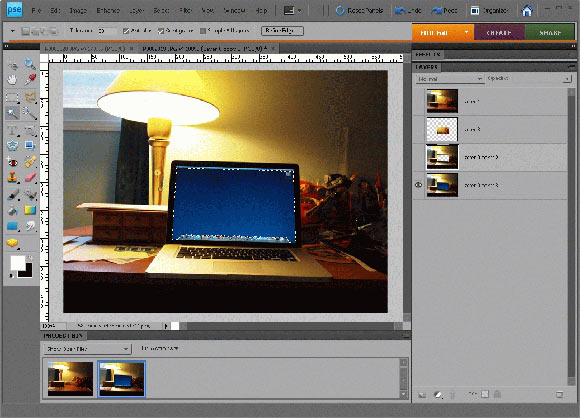 Make sure your selection is clean:

If you look carefully at the picture above, you’ll notice that I turned all layers invisible, except the one with the picture I am editing (in this case the scene with the MBP).

This is the “magic” portion of the steps. This is where you do a sleight of hand and select the portion of the scene that matches what’s hidden behind your computer screen. 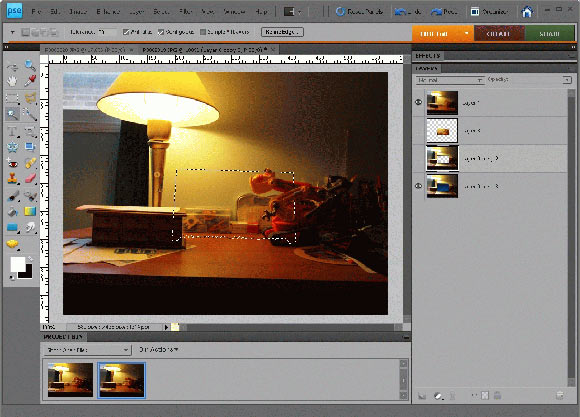 This selected portion of the scene will serve as the transparent screen of your computer.

And here is our final picture:

Voilà, the Transparent Magic Screen Trick! Now, go forth and amaze your family and friends.