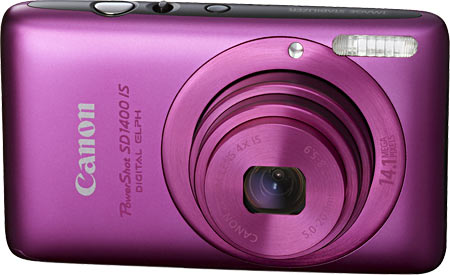 “You really do have to like the IXUS 130’s undeniable style to get on board […] If that sounds like you, then the svelte new Canon Digital IXUS 130 will definitely fit the bill. ”