Animoto Searches for the “Next Top Photographer” at WPPI 2011

The first 100 WPPI attendees to visit the Animoto booth and get behind the video camera to talk about why they love Animoto Pro and what the service has meant for their business and for their customers will get a free T-shirt, and one lucky winner will be featured in their own full-page Animoto ad in Rangefinder Magazine (just like previous Animoto ads featuring Scott Bourne, Doug Gordon, Kevin Kubota, and David Ziser).

“Each year at WPPI, we’re humbled by the amazing success stories from photographers that have integrated Animoto into their studios,” said Erik Bjornard, Vice President of Marketing, Animoto. “This year, we’re thrilled to celebrate their passion for Animoto with a contest showcasing these achievements.”

Photographers need not attend WPPI 2011 in order to participate. The first 50 people to send a video discussing the success they’ve had with Animoto Pro will also be in the running for the magazine ad prize. Videos must be uploaded by February 28th to: success@animoto.com. A panel of Animoto employees will decide which photographer has demonstrated the most success selling, marketing and utilizing Animoto Pro in their business.

About Animoto
Animoto (www.animoto.com) is a video slideshow creation service that enables photographers, businesses and consumers to easily make professional quality videos from their photos and video clips. The Animoto team, which includes entertainment and technology industry veterans, has leveraged their expertise to develop a web-based service that makes it easy for people to quickly create and share their stories through video – using photos and or videos. The heart of Animoto is its Cinematic Artificial Intelligence™ technology that thinks like an actual director and editor, using the same sophisticated post-production skills and techniques that are used in television and film. A fast-growing company, Animoto Productions is based in New York City with an office in San Francisco.
http://facebook.com/AnimotoPro
http://twitter.com/AnimotoPro 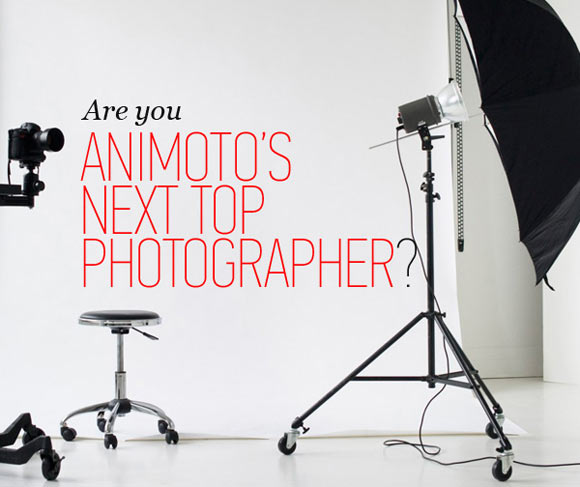