Lots of you have upgraded from a point-and-shoot digicam to a DSLR lately — and probably still shooting in the Green Heart, Intelligent AUTO, and other Easy modes (we’ll just call them “AUTO” here). Basically, admit it, you’re hesitant to use your DSLR to its full potential — and advance your photography skills up one notch. Don’t worry, we’re all like that when we start out, so you’re in good company.

Fear not, today we will hold your hand and help you switch that Mode Dial to A, the Aperture-Priority AE mode, the mode probably used by most professional photographers.

We promise you won’t mess any settings up on your DSLR and, if you are not convinced by the end of this tutorial, we’ll let you revert back to your trusty AUTO mode. OK? So, if you’re ready, let’s go!

Here’s a typical Mode Dial on a DSLR, here on a Panasonic Digital Interchangeable Lens (DIL) camera, aka mirrorless DSLR. If you want to know what all the markings are, follow this link to Photoxels on Facebook.

What we are interested in today is the “A” marking on the Mode Dial. Currently the Mode Dial is set to “iA” — see the white dot [on some cameras, it’s a white line] besides the “iA”? Turn the Mode Dial counter-clockwise, first so that “P” is aligned against that white dot, then “A”. There, your DSLR is now set to the Aperture-Priority AE mode. That was easy, wasn’t it? Want to go back to “iA”?. Simply turn the Mode Dial clockwise (some Mode Dials turn freely both directions, some don’t) back to iA.

In fact if you own this camera, you may not be afraid at all to turn the Mode Dial because you have to do so to use SCN (Scene Modes) and Movie mode (though there is also a dedicated movie button on this camera). Well, why not give it a go: twist and turn the Mode Dial on your DSLR any which way you want. Get a feel for it, lose your fear. There, now turn it back to “A”.

When your camera is on fully AUTO mode, it uses all the fancy technology it has to determine a shutter speed and an aperture to use for a correct exposure.

The Aperture-Priority AE Mode is a semi-automatic mode that allows you, the photographer, to tell the camera which aperture you want it to use — and let it automatically determine the appropriate shutter speed for a correct exposure.

A “correct exposure” is simply a shutter speed and aperture combination determined by your camera’s light meter that will result in your image sensor receiving enough light to properly record your scene.

All the fancy technology in your camera (and some cameras list a lot of features) whirl and twirl… and eventually return just two values: an aperture (how big a hole to open to let light in) and shutter speed (for how long to keep that hole open).

In effect, you have taken control of the aperture setting. Everything else is on automatic, but you decide which aperture you want the camera to use depending on what you want to achieve in your picture.

Some cameras also have a Sub-command Dial, usually in front of the camera at the top of the handgrip and just below or above the shutter release button.

Check your User’s Manual to see how your camera is set and whether you need to rotate the [Main] Command Dial or the Sub-command Dial to change aperture in Aperture-Priority Mode.

As you rotate the [Main] Command Dial (or Sub-command Dial, depending on your camera), you can see the aperture changing in the viewfinder. Here, the shutter speed (1/500 sec.) and aperture (f/5.6) are visible below the scene you’re taking.

Some cameras also allow you to view all the settings on a Command Info screen, as above. As you rotate the [Main] Command Dial (or Sub-command Dial, depending on your camera), you can see the aperture changing on the Command Info. Here, the shutter speed (1/320 sec.) and aperture (f/7.1) are displayed on the LCD screen.

Just what do you want to achieve in your picture by selecting a particular aperture over another?

You want to control the depth of field.

Depth of Field is a fancy word that simply says how much of the picture you want to be sharply in focus. 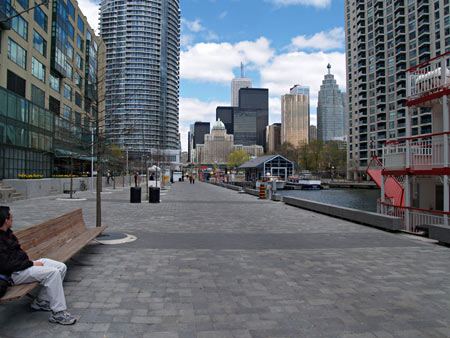 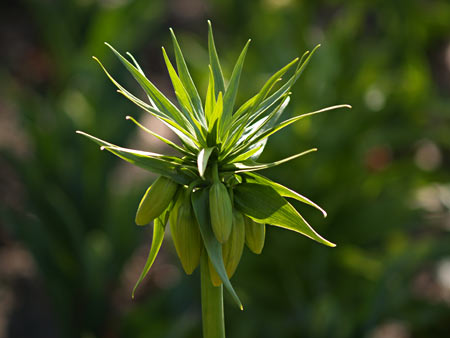 Here’s an example of a picture with shallow depth of field using an aperture of F5.0. Notice how only the main subject is sharply in focus and the background has been nicely thrown out of focus. When taking portraits, you would usually want this effect so your main subject stands out from a [potentially] distracting background. And the way to achieve a shallow depth of field using a DSLR is to use a large aperture, e.g. f/2.8.

It is not always possible to use the largest aperture available on your camera’s lens, so you have to use the largest that gives a correctly exposed picture. In the example above, I used F5.0. The blurring effect of the background would have been even more pronounced were I able to use a larger aperture.

So, if you have been wondering why your landscape pictures did not come out sharp all over or why your main subject did not have the same punch as the examples above, now you know! When set to AUTO, your camera selects both the aperture and shutter speed and does not really know what effect you want to achieve. You tell it from now on, and control how your pictures come out!

Some cameras have a feature called “Program Shift.” Instead of setting the Mode Dial to “A”, set it to “P” instead. “P” (Programmed AUTO) is just like AUTO but allows you to change settings — in other words to override the shutter speed and aperture the camera has selected. With Program Shift, all you do is rotate the [Main] Command Dial to change shutter speed and the Sub-command Dial to change the aperture (again, consult your camera’s User’s Manual on this).

If you don’t do anything, “P” works just like in full “AUTO” mode. Rotate one of the dials and you are suddenly in Shutter-Priority AE mode or Aperture-Priority AE mode. Just like that. Neat!

If you are still reticent to change the Mode Dial from AUTO to “A”, then you can more or less achieve the same effect by selecting the appropriate Scene Mode.

Show your DSLR who’s boss. Don’t be afraid to experiment and select a different shooting mode. Today we have shown you how selecting the Aperture-Priority AE mode can make a big difference in your pictures by allowing you to control the depth of field. Check out the related links for a more thorough explanation on depth of field and for some great examples of using a large aperture to add beautiful background blur to your pictures.

There are various ways to support Photoxels. Whenever you click on an ad or make any purchase from an Amazon, B&H, Adorama or other link, it does not cost you a cent more, but I earn a small commission or referral fee.